How insurers protect their earnings against multiple catastrophes

With the rise of multiple major catastrophe events in Canada, look for primary insurers to start seeking aggregate reinsurance covers as a means to adapt to climate change-related losses. 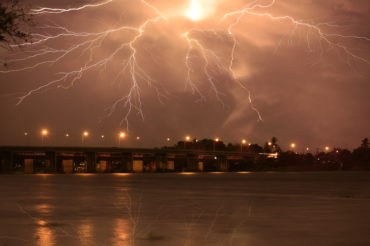 “It’s the new normal that the companies are going to have to deal with the potential for higher frequency and higher severity of cat losses coming through,” says Gordon McLean, senior financial analyst, property casualty, with A.M. Best. “While everybody has reinsurance insurance protection against catastrophic weather events, it’s the accumulation of weather events that really become an earnings event — hopefully not a balance sheet event.

“You are starting to see some companies taking up aggregate covers, which buy protection for the accumulation of their retention should there be multiple cat events, in order to protect their earnings stream.”

Of Canada’s Top 10 catastrophe events since 1983, five of them have happened over the past five years, according to stats supplied by the Insurance Bureau of Canada. The worst event, the 2016 wildfire in Fort McMurray, Alta., cost Canadian insurers $3.77 billion.

Year 2016 also saw the 10th-highest ranked cat event, which was the aggregation of hail, windstorm, flood and water events that occurred over a three-day period in Alberta, Saskatchewan and Manitoba. Those storms cost Canadian property and casualty insurers $462.5 million.

McLean said Canadian insurers are well-prepared with “very strong balance sheets” and robust reinsurance programs in place to handle these large-scale claims events. “We came through the Fort McMurray losses and we did not have any rating actions despite the magnitude of the event,” he observed.

Even so, companies looking for a little extra protection of their earnings against the accumulation of large-scale cat events have started looking into aggregate forms of cover.

How does it work?

Put basically, take the example of a medium-sized company that pays out a certain percentage of $1-billion cat loss, based on the company’s market share. For this company, the payout would be an earnings event, because they would have to incur a loss of their retention before they can start to recover from their reinsurers. Say for the sake of argument that the company incurred a $1-million retention for each individual cat event.

Now let’s say the company had three or four major cat losses on the books in a single year. With a $1-million retention for each catastrophe, the company is now looking at absorbing $3-million or $4-million before recovering from its reinsurers – a substantial hit on its earnings. “So, we are starting to see companies put together [reinsurance] programs where they can roll that up into a layer that can be less of a hit on their earnings,” said Mclean.

1 Comment » for How insurers protect their earnings against multiple catastrophes