A plaintiff could file a pollution lawsuit in Alberta “well past” the end of the limitation period, even if a hazardous substance was released more than 50 years ago, a lawyer warned in a recent blog post. 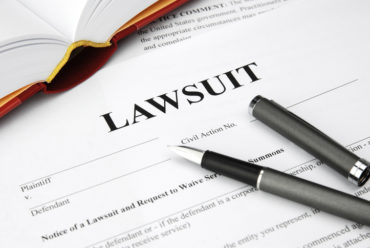 Omura added if Alberta Environment and Parks “may pursue a past polluter to clean up a past substance release and could prosecute the past polluter under EPAE, a person aversely affected could ride AEP’s coattails and bring a claim for loss and damages well past the ultimate limitation period.”

Omura was commenting on a ruling released 28 March by Alberta’s Court of Queen’s Bench, against property developer Brookfield Residential (Alberta), which tried to file a lawsuit against Imperial Oil.

Court records indicate that in 2003, a predecessor corporation to Brookfield Residential (Alberta) – Carma Developers Ltd. – agreed to purchase property from individuals who had been issued a reclamation certificate by the province in 1968. Imperial Oil had been issued a drilling license for that property in 1949. During the 1960s, a property owner had entered into a contract to decommission, remove, and abandon the well originally used by Imperial Oil.

In 2006, Brookfield obtained a Phase 1 environmental assessment for the land.

“From May 2008 to May 2010, Brookfield prepared the site for residential development until grading operations led to the report of strong and persistent hydrocarbon odour,” Mr. Justice Robert Graesser of the Alberta Court of Queen’s Bench wrote in the March 28 decision. Soil tests obtained in 2010 “revealed that the hydrocarbons were at a level requiring site remediation.”

In that ruling, Justice Graesser turned down Brookfield’s application to extend the limitation period in its lawsuit against Imperial Oil.

Section 218 (1) of the Alberta Environmental Protection and Enhancement Act stipulates that a judge may “extend a limitation period provided by a law in force in Alberta for the commencement of a civil proceeding where the basis for the proceeding is an alleged adverse effect resulting from the alleged release of a substance into the environment.”

Section 218 (3) stipulates that in such a case, the judge must consider, among other things, whether extending the limitation period “would prejudice the proposed defendant’s ability to maintain a defence to the claim on the merits”also whether the “alleged adverse effect ought to have been discovered by the claimant had the claimant exercised due diligence in ascertaining the presence of the alleged adverse effect, and whether the claimant exercised such due diligence.”

Among the issues before the Alberta Court of Queen’s Bench was whether extending the limitation period would prejudice Imperial Oil. Justice Graesser ruled that it would.

Imperial Oil “lists the loss of key witnesses, key documents and records, loss of ability to test and analyze the contaminated earth itself, loss of ability to obtain expert witnesses on the standard of care at the time, and the loss of the ability to assess causation between various potential sources of contamination,” Justice Graesser noted. “Imperial says it cannot even point to specific missing witnesses or missing documents, and this goes to the heart of the prejudice that it will suffer if this matter proceeds. More than 60 years later, Imperial does not know who could have once spoken to these events or who could have identified the specific relevant records. It says that to date, it has not located anyone who could speak to the drilling of the Well in 1949, the operation of the Well between 1950 and 1957, the use of the Well for salt water disposal beginning in 1958, or the abandonment and decommissioning of the Well in 1961. Here, the end of the Well’s lifespan was in 1961, more than 50 years before the date the action was commenced.”

Despite Justice Graesser’s ruling in favour of Imperial, Omura noted that Alberta law is “intended to be applied retrospectively to present wrongs that arise from past conduct,” adding that “whether that release occurred in 1950 or 2017 makes no difference if the release creates a present adverse affect.”

In his ruling Justice Graesser cited the Supreme Court of Canada’s ruling, cited as Canadian Imperial Bank of Commerce v. Green, released in December, 2015. That ruling was in three separate appeals over the provision of Ontario’s Securities Act that creates a statutory cause of action for misrepresentation in the secondary securities market.

In February, 2015, the Supreme Court of Canada heard appeals in shareholders’ misrepresentation lawsuits against CIBC as well as Celestica Inc. and IMAX Corp. Three separate rulings were issued. The end result was that lawsuits can proceed against CIBC and IMAX but not against Celestica. Ontario’s Securities Act contains a three-year statute of limitations on such lawsuits and in 2012, the Ontario Superior Court of Justice ruled that the lawsuit against CIBC was time-barred.

In the Green ruling, Canada’s high court “the recognized policy rationales for the limitation period, and for limitation periods generally: protecting the defendant from liability for ancient obligations, putting the defendant on notice of the claims against her, guaranteeing the preservation of relevant evidence, and ensuring that plaintiffs act in a timely manner,” Justice Graesser wrote.

A question before the Supreme Court of Canada in CIBC v. Green was whether Ontario’s Class Proceedings Act could “suspend the limitation period applicable to the statutory cause of action if leave has not yet been obtained” under the province’s Securities Act.