Two days of rain this past March, amounting to 350 mm that caused several rivers to overflow and evacuations to be ordered, has cost insurers NZ$30.2 million dollars, the Insurance Council of New Zealand (ICNZ) reported Monday. 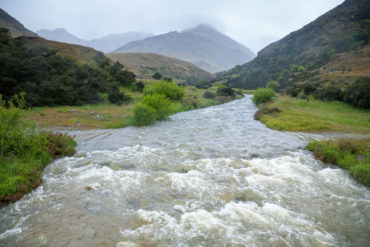 “Hundreds of people were evacuated after 350 mm of rain in a 24-hour period caused the West Coast’s Waiho River to burst its banks,” ICNZ notes of the weather Mar. 23-24. “Strong winds also brought down trees and power cables in other parts of the country,” a council statement adds.

ICNZ reports that the lion’s share of the total ­ NZ$27.5 million ­ was related to commercial material damage and business interruption costs.

House, contents and motor damage made up the balance of the damage.

The number of claims and amounts related to the wind and flooding break down as follows:

“While the extreme weather was widespread throughout both islands,” ICNZ chief executive Tim Grafton notes in the statement, “a large proportion of the damage was narrowly focused with a Franz Josef hotel being hardest hit, which just goes to show large losses don’t just happen in built-up urban areas.”