An effort to forbid Ontario insurers from terminating a policyowner’s contract on the basis of a claim arising from a declared public emergency highlights concerns over the lack of a government backstop for home flood coverage, an Insurance Bureau of Canada official suggested Monday. 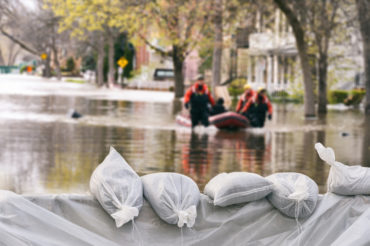 With Bill 179, politicians are looking for a type of “accident forgiveness” for a homeowner, Pete Karageorgos IBC’s director of consumer and industry relations for Ontario, said in an interview Monday.

“I think they don’t necessarily want a claim that’s a result of an event that was declared during a state of emergency to count as a claim on an individual’s insurance record for their property,” Karageorgos added. “Perhaps the issue may be … having a program that will address high risk communities and whether or not they are insurable [for flood].”

A private member’s bill, Bill 179 proposes to change provincial law to stipulate an insurer shall “not decline to issue or terminate or refuse to renew a contract on the grounds, or partly on the grounds, that there was loss or damage from water to the property or that claims were made respecting loss or damage from water to the property, if an emergency was declared to exist under the Emergency Management and Civil Protection Act respecting the time and place that the loss or damage occurred.”

The bill was tabled by Windsor-area New Democratic Party MPP Taras Natyshak. Floods in late August in Natyshak’s area caused more than $124 million in insured losses. “When the government declares a state of emergency, people are being cut off by their insurance companies,” Natyshak told the legislature before introducing the bill.

But in an area with a high flood risk, some carriers may be hesitant to offer flood insurance “without having a clear indication from the government of a backstop,” Karageorgos said.

Bill 179 also proposes to make it mandatory to publish “the history of property insurance claims for residential properties in Ontario.”

Karageorgos said this is problematic because insurers are governed by privacy laws and regulations. “There needs to be more thought about whether this is possible.”

Natyshak noted during debate at Queen’s Park that the Habitational Insurance Tracking System records the history of all property insurance claims in Ontario. “If a property has two similar claims within a three-year period, that policy is now deemed non-renewable.”

Posting that information would make it easier for members of the public to verify whether or not claims following disasters are used against insured property owners. If the claims history is not published, Natyshak said, this “disadvantages the homeowner” because this information is available only to all insurance providers, and is not available to the public in any form that we can find.”