Catastrophe bond issuance in the 12 months ending June 30, 2017, reached a historic US$11.3 billion, nearly US$2 billion larger than the previous all-time record, Aon Securities said in a new report. 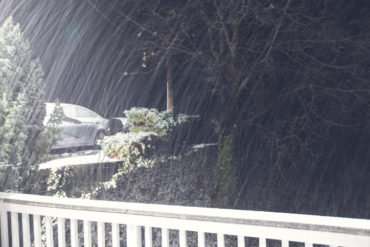 According to the report, US$11.3 billion of cat bonds were issued across 32 transactions during the period under review, surpassing the previous record issuance of US$9.4 billion set in 2014 by 20%. Furthermore, as at June 30, the amount of alternative capital in the re/insurance sector stood at US$88.8 billion, while cat bond limit on-risk had reached US$25.8 billion – both new records, Aon Securities added in a press release.

Exposures in the United States continued to dominate the cat bond market, with 28 of the 32 transactions covering U.S. property risk in some capacity. On a notional basis, this represented 78% of the period’s issuance, compared to 83% in the prior-year period. European sponsors returned to the market, covering property and auto liability and two returning sponsors sought coverage for Japan risks through cat bonds.

Also of note is that six separate public sector entities came to the market during the second quarter of 2017, issuing US$2.2 billion of cat bonds across a range of regions and covered perils.

Related: Cat bonds with coverage for Canada in the first half of 2017 totalled $2.7 billion: PCS

“The annual period saw a resurgence in alternative capital, particularly in the first and second quarters of 2017,” Paul Schultz, chief executive officer of Aon Securities, said in the release. “The uplift was partly due to the renewing of capacity across maturing catastrophe bonds, but was also a result of new sponsors coming to market, strong investor demand and the consequent upsizing of many of the ILS transactions. Aside from insurers and reinsurers, we saw notable interest in catastrophe bonds from public entities seeking to transfer risk.”

Meanwhile, nine quota share sidecars were launched during the 12-month period under review, four of which were new vehicles, and five of which were renewing from 2016, Aon Securities reported. Total sidecar capacity for the period stood at US$1.8 billion – well above the US$1.1 billion seen in the prior-year period.

From an M&A perspective, over the six months ending June 30, 2017, global re/insurance M&A deal value increased significantly when compared against the same period 2016, while deal count remained largely similar. The report cited S&P Capital IQ, which said that the global (re)insurance sector announced M&A deal volume through the first six months of 2017 totalled US$12.4 billion across 384 deals, compared to US$7.1 billion across 372 deals for the same period in 2016 – a total deal value increase of 75% and deal volume increase of 3%.

“Aon Securities expects M&A activity to continue at an important pace, but with share prices near 52-week highs and the increasing uncertainty in Washington (e.g. regulation, taxes), some buyers will take pause,” the report said. “Regardless of the near-term uncertainty, M&A will continue as an important tool to achieve (re)insurers’ strategic, diversification and expense, and capital efficiency objectives.”