Ontario politicians debated Monday a bill that, if passed into law, would increase the role of conservation authorities in protecting property from flooding. 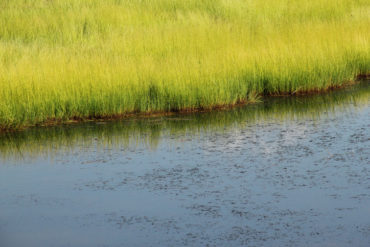 That bill – tabled Monday for second reading by Municipal Affairs Minister Bill Mauro – is omnibus legislation that proposes, among other things, to enact the Local Planning Appeal Tribunal Act and to make changes to the Conservation Authorities Act.

If Bill 139 is passed into law, changes that would take effect at a later data include “the strengthening of conservation authorities’ role in protecting people and property from flooding and other water-related natural hazards,” McGarry said.

“We have all witnessed the impact of climate change and major flooding, as close as the community of Windsor,” Peggy Sattler, New Democratic Party MPP for London West, said Monday at Queen’s Park in Toronto. “We know that updating flood maps is a major expense and it is a major undertaking. Significant funding will be required in order to do that to protect communities—not even communities that are located in flood plains, but communities across this province—from climate change and excessive flooding.”

The provisions of existing law “regulating activities that may be carried out” in areas over which conservation authorities have jurisdiction would be “substantively amended,” by Bill 139, the government states in an explanatory note. For example, Section 28 “currently gives authorities certain regulation-making powers, including the power to regulate the straightening, changing and diverting of watercourses and development in their areas of jurisdiction and to prohibit or require the permission of the authority for such activities.”

A new section 28 would let a conservation authority “attach conditions to a permit or refuse to issue a permit” if, in the opinion of the authority, the “activity is likely to affect the control of flooding, erosion, dynamic beaches or pollution or the conservation of land.”

“The proposed legislation would reduce the number of appeals that are heard by limiting what could be brought before the new tribunal,” Mauro added. “In many jurisdictions, when the province or the senior level of government approves major planning documents such as official plans, these decisions are not appealable.”

With Bill 139, the ruling Liberals want to “reinforce a municipality’s role in the land use planning process by reducing the tribunal’s ability to overturn municipal decisions,” Mauro said. “The proposed tribunal’s jurisdiction would be limited to considering whether a municipal decision is consistent and conforms with provincial and local plans and policy.”