Uneven distribution of disaster events in Canada means the federal government should rethink its current approach to disaster response and recovery, including reinstating Ottawa’s share of disaster-related costs, suggest Canada’s Premiers, who Friday wrapped their 2016 Summer Meeting in Whitehorse. 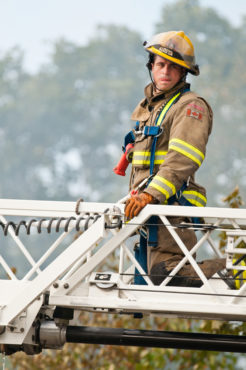 “Premiers agreed that the federal government’s current approach to disaster response and recovery does not stabilize impacted jurisdictions or address the increasing frequency of extreme weather events related to climate change, such as wildland fires and floods,” notes a statement from Canada’s Premiers.

“Recent events across Canada have underscored the need for strong and co-ordinated systems for disaster mitigation, preparedness, response and recovery,” the premiers report.

“Premiers discussed the need for the federal government to recommit to its critical and stabilizing role in these areas,” they add.

Changes to Ottawa’s Disaster Financial Assistance Arrangements last year “substantially reduced the federal government’s share of disaster-related costs, offloading these onto individuals, provinces and territories,” the statement emphasizes. In response, the premiers urge Ottawa to do the following: 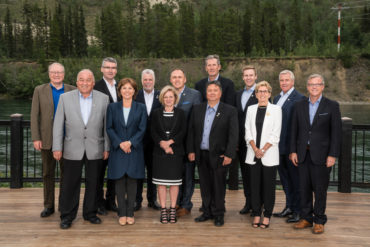 With an eye to prevention, the premiers are calling on the federal government to increase its financial commitment to preventing disasters through the National Disaster Mitigation Program and to expand the scope to cover other catastrophic events. These would include wildland fires, ice storms and landslides.

The current commitment of “$40 million a year for five years for the whole country is not adequate to meet major high-priority flood protection needs across Canada,” the premiers emphasize.

In addition, the premiers called on Ottawa to bolster its existing disaster mitigation efforts by contributing significant new funding for the implementation of the Canadian Wildland Fire Strategy.

Part of the strategy’s focus is to foster resilient communities, which premiers support, but add “real progress toward the vision will require enhanced and expanded collaboration and a commitment of resources from all governments.”

Pointing out that clustered events in individual provinces or territories have the potential to put immense strain an individual jurisdiction’s fiscal capacity, the premiers agreed they would direct their ministers responsible for emergency management to “collaborate to develop a new model for disaster response and recovery and to work with the federal government to create a modernized Emergency Management Framework for Canada.”

1 Comment » for Ottawa’s approach to disaster response, recovery does not address increasing frequency of extreme weather