Out of control Saskatchewan wildfire triggers state of emergency, evacuation

BIGGAR, Sask. – Saskatchewan’s fire commissioner is urging people across the province not to have open fires as a wildfire around the town of Biggar sparked a state of emergency and some evacuations.

Duane McKay says crews are assessing what impact a change in wind directions will have on the fire but that it is so far moving smoke away from the community.

He says crews are also trying to move cattle away from pastureland threatened by the 15-square-kilometre fire. 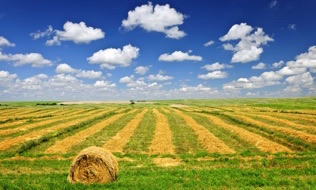 Dozens of patients have already been moved out of a hospital in Biggar because of smoke.

Authorities have transferred 53 long-term care residents to the health centre in Rosetown.

Another eight patients have been sent to City Hospital in Saskatoon.

A state of emergency was declared early Tuesday by the town and the Rural Municipality of Biggar after the blaze got rolling in an area six to eight kilometres southwest of the town.

The fire was declared out of control Monday afternoon and officials evacuated a wide area as a precaution, with shelter space provided at the Biggar Community Hall and the recreation complex in the village of Purdue.

Jeanne-Marie de Moissac, reeve of the rural municipality, says there have been no injuries and no buildings have burned.

She says the change in wind to the northwest is pushing the blaze away from populated areas.

“This is going to take days to put out.”