PERILS, the independent Zurich-based organization that provides industry-wide catastrophe insurance data, has disclosed a third loss estimate of 284 million euros for extratropical cyclone Zeus, which affected France on March 6 and 7. 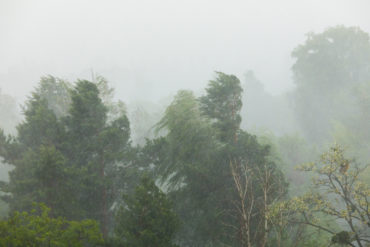 The revised estimate of the property insurance market loss is up from the second loss estimate of 269 million euros, issued by PERILS on June 6, three months after the event. The revised figure is based on actual loss data collected from insurance companies and is issued six months after the event, in line with the PERILS reporting schedule, the organization explained in a press release on Wednesday.

The initial loss estimate, on April 13, was 192 million euros.

In the third loss report, the market loss data are available by CRESTA (Catastrophe Risk Evaluation and Standardizing Target Accumulations) zone and property line of business. This loss footprint information is complemented by gust speed values and loss ratios, which show the incurred loss from Zeus as a percentage of the sums insured, PERILS explained in the release. 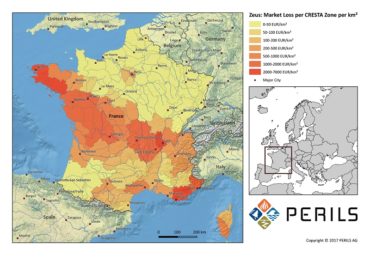 The detailed loss footprint for Zeus released on Wednesday provides new data points relating to the damage to insured property caused by windstorms in France. In addition, it provides new benchmark information for the calibration of existing risk models and thus contributes to a more robust and realistic assessment of European windstorm risk.

In line with the PERILS loss reporting schedule, the fourth loss estimate for Zeus will be released on March 6, 2018, 12 months after the event.