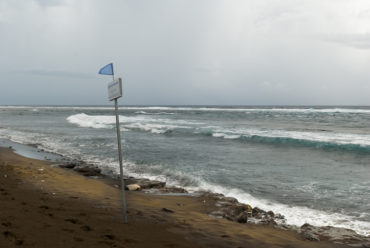 The revised estimate, released on Tuesday, is for the property insurance market loss, said PERILS, an independent organization based in Zurich, Switzerland that provides industry-wide catastrophe data. Zeus primarily affected France on March 6 and 7, with Aon Benfield’s Impact Forecasting reporting in April that the storm gave rise to more than US$100 million in losses.

“Widespread disruption due to falling trees and power lines was reported across the country,” Impact Forecasting said in its March Global Catastrophe Recap. “At least two people died and eleven were injured, while more than 600,000 households endured power outages.”

In line with the PERILS loss reporting schedule, the third loss estimate for Zeus will be published on Sept. 6. The third and any following loss estimates will be provided in full resolution, i.e. by CRESTA zone and by the property sub-lines residential, commercial, industrial and agricultural, PERILS said.

Under the alliance, PERILS will make available industry loss data for any natural catastrophe event in Canada causing a market loss of $300 million or more, including earthquakes, floods, storms, wildfires and volcanic eruptions.

The loss data, which will be compiled by CatIQ, will be made available by Canadian province and by the following lines of business: private property, commercial property and motor hull (auto). Loss reporting for qualifying Canadian events will follow the standard PERILS reporting schedule – the first loss report made available six weeks after the event, followed by a minimum of three updates three, six and 12 months after the event, a joint press release from PERILS and CatIQ said in February.