How the pieces of the puzzle fit together during a catastrophe

Following a catastrophe, policyholders are best served when adjusters and contractors adhere to their professional limitations in managing a loss, an industry executive said Tuesday.

Jim Eso, senior vice president of property and casualty with Crawford and Company (Canada) Inc., told Canadian Underwriter that the roles of contractors and independent adjusters are clear based on legislation in each province. 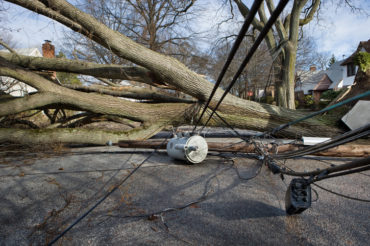 Eso acknowledged that in many cases resources from both contractors and adjusters are stretched in a cat scenario. But the roles of contractors and independent adjusters (IA) are clear based on legislation in each province, he said. “Adjusters investigate and settle claims based on interpretation of coverage, while contractors assist in evaluating the amount of the claim and executing necessary repairs.”

Chris Schmidt, CEO of restoration company DKI Canada, added that contractors engage in repair agreements directly with homeowners; they can perform the repair work with or without the benefit of insurance. “If an adjuster is out there to investigate, evaluate, negotiate and settle a claim, then a restoration contractor is out there to communicate, create an estimate that is reasonable and reflective of the work that is required…and, if selected by the homeowner, to complete the work,” Schmidt said.

From an IA perspective, most provinces – including Ontario and Alberta, where the majority of weather-related cats occur – have mandatory licensing for IAs, but not for staff adjusters, Eso noted. “This makes deployment of independent adjusters a little more challenging,” he said. This is because staff adjusters may move more freely and quickly between provinces.

Eso notes that organizations such as the Canadian Independent Adjusters’ Association are working with provincial legislators to encourage more flexibility in multi-jurisdictional licencing. Some IA firms like Crawford have dedicated staff who work with adjusters to help them obtain licences in multiples jurisdictions to allow more efficient movement of staff following a cat.

Alasdair Campbell, vice president of claims for The Co-operators, said in late June that the insurer redeploys staff “from many areas of the organization to help with the first notice of loss process.” The Co-operators has two teams focused on managing major event claims; the company is forming two additional teams, including Co-operators retirees who have come back to help out. “In addition, we are using external adjusters and hiring additional claims representatives for our property area to help serve our clients,” Campbell said. He agreed that storms such as the May windstorm in Ontario and Quebec “put a significant strain on resources.”

During such an event, Campbell said, contractors are in high demand as well. “We advise clients to call a contractor of their choice to attend to emergency repairs to protect their property from further damage as quickly as possible.”

RSA Canada told Canadian Underwriter in early June that it works with a network of preferred independent contractors in the event of a cat. “Our approach to onboarding adjusters – contractors included – is by peril and geography,” said Ron Biggs, national property claims director at RSA Canada. “While wind and hail are easier catastrophes from a claims perspective, fire and water cats can involve bringing on additional adjusters with that expertise to complement the RSA team’s efforts.”

RSA also sometimes works with experts from other regions – even international – depending on capacity, peril and geography. “For instance, we supplemented the team managing claims resulting from the Fort McMurray wildfire with resources from across Canada and the U.S.,” Biggs said.