Preparing Canada for an inevitable earthquake is a priority for the insurance industry, as this is recognized as a “national social and economic threat,” said Don Forgeron, president and CEO of the Insurance Bureau of Canada (IBC), in response to a recently released Conference Board of Canada report. 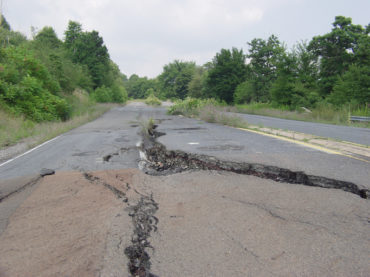 Released on Tuesday, the report, Canada’s Earthquake Risk: Macroeconomic Impacts and Systemic Financial Risk, “makes it clear that the macroeconomic and financial impacts of a large earthquake in Canada would be devastating,” IBC said in a press release, also on Tuesday. The report also highlights the likelihood of large-scale insolvencies across the financial sector resulting from the earthquake, and how these would amplify the earthquake’s impact, leading to higher job losses, skyrocketing budget deficits and lower economic growth.

“Preparing Canada for an inevitable earthquake is a priority for our industry because we recognize this is a national social and economic threat,” said Don Forgeron, president and CEO of IBC, which funded the research. “While we cannot stop an earthquake, the private sector, governments and Canadians must all work together to make sure we are adequately prepared. Under the current regulatory framework, a major earthquake in British Columbia would lead to a chain of insolvencies not only in insurance, but across the financial services sector. This would generate massive losses in Canada’s overall economy.”

According to the report, in the absence of measures to prevent financial contagion, the fiscal impact for federal and provincial governments would nearly double, adding $122 billion in net new debt to government coffers. Economic growth is expected to halve in the aftermath of the earthquake, leading to a cumulative GDP loss of nearly $100 billion and 43,700 jobs lost over a10-year horizon.

IBC said in the release that it supports the report’s findings and is committed to working with the federal government to address this important issue. “We agree that both the government and the P&C insurance industry have a role to play to mitigate the risk of exceptionally rare, but also potentially very costly, disasters,” Forgeron added. “Natural Resources Canada pegs the probability of a large earthquake in British Columbia at 30% over the next 50 years – and that makes the urgency of addressing this issue paramount.”

Pedro Antunes, deputy chief economist at the conference board, pointed to the earthquake in New Zealand earlier this month as evidence that massive earthquakes cannot be prevented from happening. “However, we can lessen the impact of a massive quake on the economy by putting in place additional backstop measures to protect the insurance industry and the financial sector more broadly,” he said in a statement. “At the industry’s current levels of capitalization, Canada is not prepared to deal with the macroeconomic and fiscal consequences of a large earthquake. It is important for Canadians, businesses and government leaders to understand that the current regulatory regime may not be able to protect our economy from a major disaster.”

“And the existing industry compensation mechanism created to protect policyholders would cause failures to snowball,” the statement said, triggering “a chain of systemic financial contagion resulting in insolvencies across the industry and the broader financial service sector, while delaying the rebuild and recovery efforts by an estimated two years.”

The report estimates real GDP losses would peak at nearly $38 billion in the third year after the earthquake, and the rebuild effort would not contribute positively to growth until six years after the earthquake. In addition to the $42 billion cost to Canada’s P&C insurers, the rebuilding effort would take an enormous toll on all levels of government finances. Reduced revenues and increased government spending would add $122 billion in net new public debt to government coffers – nearly double the $63 billion in government borrowing that would be necessary if Canada had a mechanism in place to avoid financial contagion following the earthquake, the statement concluded.

On average, the Geological Survey of Canada records and locates over 4,000 earthquakes in Canada each year, or about 11 per day, IBC said in the release. Of these 4,000 quakes, only about 50 are generally felt. And despite the relatively high likelihood of an earthquake in Western Canada in the next 50 years, a 2014 poll commissioned by IBC showed that most Canadians living in earthquake zones do not think an earthquake is likely to hit their area during that time, IBC said.