The Saskatchewan city of Prince Albert has become the second city to enact water conservation protocols following an oil spill into the North Saskatchewan River, following on the heels of North Battleford. 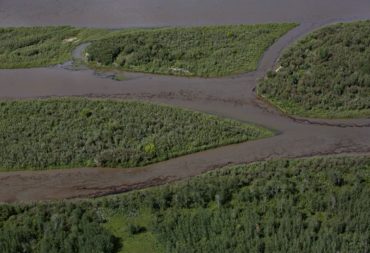 The City of Prince Albert said in a press release on Monday that as of 6:15 a.m., the water intake for the city’s water treatment plant had been shut off to the North Saskatchewan River to ensure the safety of residents. “The oil plume traveling down the North Saskatchewan River has been visually detected upstream approaching the district of Prince Albert,” the release said.

The city is now operating on their reserve water supply­ – with alternative sources – which is anticipated to last for the remainder of the week. A pipeline is under construction to provide an alternative source of water from the South Saskatchewan River and will draw water 30 kilometres south-east of the city downstream of Muskoday First Nation. “The City of Prince Albert urges residents and commercial businesses to restrict water usage and conserve water,” the release said. “Water is only to be used for essential purposes.”

On Sunday afternoon, the city held a special press conference to provide an update on short- and longer-term plans on water solutions to continue to provide residents with safe, potable drinkable water during the ongoing oil spill cleanup. The City of Prince Albert said in a statement that it has officially enacted its Emergency Operations Centre as of Saturday afternoon to put together a contingency plan after a Husky Energy pipeline break near Maidstone, Sask. Thursday afternoon resulted in an estimated 250,000 litres of oil leaching into the North Saskatchewan River.

“Booms had been setup along several locations on the North Saskatchewan River to contain the spill, however the booms have been breached and the oil spill continues to travel down river,” the statement said. “The water treatment plant intake will be shut down when the oil plume is in proximity to Prince Albert to ensure there is no contamination of the current water supply.”

The city’s water system currently has a storage capacity of a 48 hour supply of water, the statement said on Saturday, with the use of a secondary retention pond to extend the duration of the city’s water supply until the end of the week.

The City of Prince Albert has closed all irrigation services, the municipal water crane, paddling pools and the Kinsmen Water Park to conserve water.

Jeff Da Silva, Prince Albert’s public works manager of engineering services, said that the city has installed protective measures around the intake structure in the river, including protective curtains, absorbent booms and deflecting curtains. “We have also hired a consultant to regularly test our water and ensure that it is free of hydrocarbons,” said Silva.

The City of Prince Albert has put in place up to a two-month term plan to ensure there is a reliable water supply for residents, until there is full confidence that the oil spill has been contained and cleaned from the affected water. “We have contracted out Canadian Dewatering, a fluid management company to construct a 30-kilometre overland water pipeline downstream of Muskoday First Nation on the South Saskatchewan River,” said Silva.

A special city council meeting has also been called for Monday afternoon to enact a bylaw restricting water usage by businesses and residents. Heavy users of water such as carwashes and laundromats will be asked to temporarily close operations until the city has reached regular water capacity again. Fines will be implemented for any business or resident that is found to be breaking the bylaw.

A Husky Energy incident update on Sunday said that cleanup at the pipeline site was complete, and shoreline cleanup was underway near the site, starting along the first 20-kilometre stretch. Deterrent devices, including flagging, are being used to keep wildlife from the shoreline and river and wildlife monitoring continues.