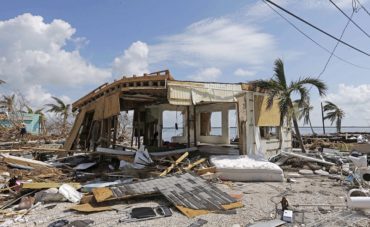 Hurricane Irma – which crossed through the northern Caribbean as a Category 5 hurricane before making landfall in the United States on Sept. 10 to become the first Category 4 landfall in Florida since 2004 (Hurricane Charley) – resulted in at least 124 people killed or missing and hundred more injured following periods of exceptionally gusty winds, high surf, storm surge, torrential rains and inland flooding. Major damage was noted in the U.S., Cuba, Barbuda, the U.S. Virgin Islands and the northern Leeward Islands, Impact Forecasting said in a statement.

In the U.S., Irma resulted in 80 deaths, one million “structures/claims” and an estimated economic loss of “well into the tens of billions” in U.S. dollars, the report said.

Later in the month, Hurricane Maria became the second landfalling Category 5 hurricane in a matter of weeks, when it struck Dominica and grazed St. Croix. The storm later crossed Puerto Rico as a high-end Category 4 – the strongest storm to hit the island since 1932 – resulting in catastrophic damage and impacts, the statement said, adding that additional damage was noted in the Dominican Republic and Haiti. At least 78 people were confirmed dead and many others were considered missing.

Related: Irma could cost Chubb more than $700 million after tax

Like Irma, economic losses from Maria were expected to reach into the tens of billions (U.S. dollars). “Given low insurance take-up on many of the affected islands, the portion covered by insurers was expected to be lower but still substantially into the billions (USD),” the report said.

According to the U.S. National Hurricane Center, “September 2017 was the most active month ever recorded for tropical cyclones in the Atlantic Ocean when measuring the combined strength and duration of storms in the basin,” Impact Forecasting said in the statement. “With assessments still ongoing for both Irma and Maria, it remains too early to provide a specific economic or insured loss estimate for each event – especially given the prolonged business interruption impact. The overall financial toll of each storm is expected to reach well into the tens of billions (USD). In each instance, public and private insurers faced payouts considerably exceeding USD10 billion.”

In Mexico, Tropical Storm Lidia resulted in the death of 20 people when it tracked along Mexico’s Baja Peninsula. The country was also impacted by three powerful earthquakes. The temblors included the strongest earthquake of 2017: a magnitude-8.1 event that struck offshore the state of Chiapas, followed by a magnitude-6.2 aftershock on Sept. 23, which together killed at least 103 people. A magnitude-7.1 earthquake also struck central Mexico on Sept. 19, killing at least 367 people and injuring thousands more. In total, about 7,000 homes and 5,000 schools were damaged or destroyed, at least 2,000 of which were listed as “historic buildings.” Total combined economic damage was expected to reach into the billions of dollars (U.S. dollars).

Related: Irma losses in U.S. and Caribbean could reach $50 billion while Jose could cause ‘minor to moderate coastal flooding’ in New England

Steve Bowen, Impact Forecasting director and meteorologist, noted that the month of September was “exceptionally busy. The most prolific damage resulted from Hurricane Irma’s impact across the United States and the Caribbean, and Hurricane Maria’s track through the Caribbean. These events were poised to cause a heavy financial burden for federal governments and the insurance industry.

With the two major earthquakes and powerful aftershock in Mexico, “when combining event impacts from July and August, the third quarter of 2017 is expected to tally as one of the costliest quarters ever registered for natural disasters,” Bowen suggested.

Other nat cat events around the world in September: