These structures can help prevent the spread of wildfires in Canada

CALGARY – A University of Calgary study says there need to be more wide, open spaces to prevent catastrophic wildfires like the one that devastated the city of Fort McMurray in northeastern Alberta two years ago.

Researchers from the university’s Schulich School of Engineering used high spatial resolution satellite images to study the two costliest fires in Alberta history: the one in Fort McMurray and the 2011 fire in Slave Lake. The aim was to determine how civic design and planning helped fuel or prevent the spread of the fires. 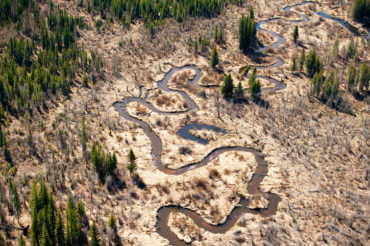 The team found destruction of many of the buildings could have been predicted based on the nearness of trees and vegetation to residential neighbourhoods.

“We checked the areas and we found that within the minimum 10-metre boundary, there was forested area. Depending on the density of the forest, 30 metres or even 50 metres are considered dangerous,” said Quazi Hassan, lead researcher from the Department of Geomatics Engineering.

A ferocious blaze in May 2016 consumed 10 per cent of Fort McMurray’s buildings and forced 88,000 people from their homes for at least a month.

The study by Hassan and colleagues Razu Ahmed and Khan Rubayet Rahaman found that 30 per cent of the areas within the buffer zones of 10 to 30 metres were vulnerable. Stands of trees and bushes would need to be removed to reduce the effects of a future fire.

“If there is any fire outbreak, the situation will become completely bad. We like Mother Nature but, on the other hand, we also need to mitigate our risk,” Hassan said.

“Otherwise there will be some challenges for our survival in the heart of the forested land.”

The study, sponsored by the Canadian Association of Fire Chiefs, makes a number of recommendations on how fires can be stopped or slowed.

They include placing businesses or schools with large parking lots near wooded areas or on the edge of a town because the lots act as a firebreak.

Ring roads around cities could serve the same purpose, although Hassan acknowledged that might not always be possible for existing cities like Fort McMurray.

“However, when we try to develop new cities or expand to a new area, we could try to think what would be the ways of minimizing the forest fire risk.”

Groves of trees left in place purely for aesthetics is a bad idea, he added.

“Everything depends on the density. If it’s just a few trees it won’t be a problem. I completely understand clear-cutting is a word a lot of people will reject.”