BAGHDAD – As the death toll from the weekend truck bombing in Baghdad climbed to 157, Iraq’s embattled prime minister ordered new security measures, including abandoning the use of bomb-detection wands that U.S. experts pronounced worthless years ago.

But security forces were still using the devices Monday evening, as a string of smaller bombings in the capital killed 16 people and wounded dozens more.

Sunday’s suicide attack by the Islamic State group was the single deadliest bombing to hit Baghdad in more than a decade of war and insurgency. 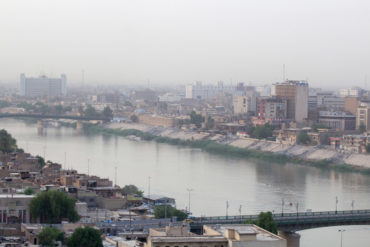 Also Monday, five convicted terrorists were executed in Baghdad, the Ministry of Justice said in an announcement that appeared aimed at restoring faith in Iraq’s security forces in the wake of the devastating attack.

Firefighters and medical teams were still uncovering bodies from the city’s Karada neighbourhood Monday morning. Officials said a dozen people were missing and at least 60 of the dead were women and children. At least 190 people were wounded.

The blast struck after midnight when the neighbourhood was bustling with people breaking their daylight fast during the Muslim holy month of Ramadan. The attack demonstrated the Islamic State’s ability to strike the capital despite a string of defeats on the battlefield, including the loss of Fallujah just over a week ago.

With public anger mounting, Prime Minister Haider al-Abadi ordered new security measures Sunday evening, including increased aerial scanning and intelligence-gathering in the capital and the installation of X-ray systems at the entrances of provinces.

He also ordered security forces to stop using a handheld electronic device that was widely sold as a bomb detector but has been repeatedly branded bogus by technical experts. And he ordered the reopening of an investigation into the purchase of the ADE 651s, which cost the Iraqi government tens of thousands of dollars each.

In 2010, British authorities arrested the director of the British manufacturer, ATSC Ltd., on fraud charges, prompting Iraqis to open their own investigation. Iraqi authorities made some arrests, but the device remained in use.

On Monday evening, Associated Press reporters saw a number of the devices still being used at checkpoints around the capital as another round of blasts erupted.

Many Iraqis blame their political leadership for the way large amounts of explosives have made it past multiple checkpoints into crowded neighbourhoods with disastrous results.

Small-scale bombings occur on a near-daily basis in Baghdad, and in May a string of large-scale bombings, many of them claimed by IS, killed more than 200 people in a single week.

In February, Amnesty International reported that the number of Iraqis sentenced to death in 2016 was close to 100, calling the figure a “grim indicator of the current state of justice in the country.”

Later Monday, about 10 rockets struck a refugee camp for Iranian exiles next to Baghdad’s international airport, according to a Baghdad police official. The attack killed three Iraqi policemen and wounded 13 others, according to a hospital official.

The officials spoke on condition of anonymity because they were not authorized to release information to the media.