Though it pays to be tech-savvy, one way commercial clients can manage risk is to learn to do without the Internet and payment card networks, a disaster restoration professional advises. 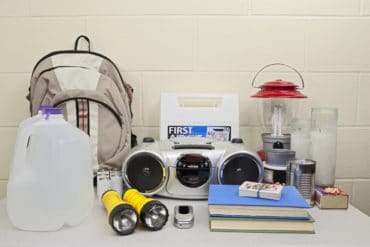 In the event of a major storm, businesses need to be prepared to “not rely on any technology” such as the Internet and cellular phone service, Bill Fender, senior vice president of commercial property portfolios at FirstOnSite Restoration, told Canadian Underwriter Thursday.

In a disaster, it is “not uncommon” for the wireless network to be down and for this reason, satellite phones could be a useful backup, said Fender.

“The landlines are built more robust than the cellular networks so it takes quite a bit to knock down the landline network but it’s not unheard of that it would go down as well,” Fender said. “There are simple things that are forgotten sometimes,” when disaster strikes.

Clients might also need to have access to cash, Fender said. This is because they might – for example – have to buy supplies from a hardware store but the Interac or credit card network is down.

Fender spoke to Canadian Underwriter as Hurricane Florence remained off the South Carolina coast, about 300 kilometres east of Myrtle Beach, as of noon Thursday. When storms like this reach Canadian soil, “they are sometimes no longer classified as hurricanes but remain extremely powerful storm systems,” the disaster restoration firm noted this week. Environment Canada had no warnings about Hurricane Florence Thursday, but tropical depression Gordon delivered heavy rain to Atlantic Canada earlier this week.

Fender recommended that commercial clients should test their emergency management plans twice a year. This could entail table top exercises, with simulations of events that staff did not expect would happen.

“Even the most sophisticated clients aren’t as prepared as they think they are,” said Fender. “A lot of times they will tick a box say they have a plan but it collects dust on a binder and no one knows what to do when something does happen.”

If there is information or protocols that they rely on the Internet for, clients should print paper copies before a disaster, he added.

Clients need “communication trees,” or lists of who should call whom in case disaster strikes.

On Thursday, the National Hurricane Center said Hurricane Florence has hurricane force winds up to 130 kilometres from the centre. Myrtle Beach could face storm surge of six to nine feet, while parts of North Carolina could get up to 40 inches of rain.

To reduce their risk in the event of damaging winds, property owners can board up windows, secure loose outdoor objects and trim trees, FirstOnSite advises.

Commercial clients should also make sure they have enough diesel fuel if they are going to use standby generators for emergency power, said Fender.