The Standards Council of Canada (SCC) and the Intact Centre on Climate Adaptation (Intact Centre) at the University of Waterloo have announced that they are joining forces to develop a new report on best practices for making new residential communities flood-resilient. 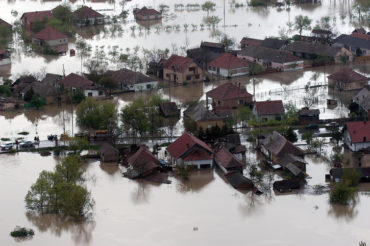 The partnership comes as a result of the growing number of costly and severe flooding events in various parts of the country, the two organizations said in a joint press release on Friday.

Based on certain design features, SCC and the Intact Centre plan to develop a national standard, or series of standards, that will serve the interests of future new residential homeowners, builders and communities, the release explained. Developing climate-resilient codes and standards is consistent with Canada’s commitment to climate adaptation and a priority under the Pan-Canadian Framework on Clean Growth and Climate Change.

Examples of community design features that can collectively reduce flood risk include: avoiding floodplains when developing new communities; modelling climate uncertainty and extreme weather events (ice jams, snowmelt, extreme rain) in the design of new subdivisions; protecting natural features (such as wetlands) along rivers and streams to slow floodwater; and installing backwater valves to prevent sewage in overloaded sewer lines from backing up into basements.

Over the past year, and with support from SCC, the Intact Centre has engaged a group of national stakeholders, including municipalities, conservation authorities, engineers, developers, homebuilders and insurers, to identify standardization solutions that will lower the risk of overland flooding, stormwater flooding and sewer backups in new residential communities.

“In support of this national effort, and in a clear demonstration that identifying strategies to reduce flood risk due to a changing climate is a growing national concern,” a group of 25 experts from across the country came together in Toronto on March 24 to discuss flood-risk reduction and practical approaches, the release said. Improved residential community design features will result based on their feedback, together with additional consultations with subject-matter experts.

Professor Blair Feltmate, head of the Intact Centre, said in the release that “through flood resilient community design, the Intact Centre and SCC are helping Canadians to protect their primary financial investment – their homes. Against the growing threat of ever increasing floods, SCC’s leadership is enabling Canada to live up to its commitment to address the otherwise costly impact of extreme weather.”

John Walter, CEO of the SCC, added that the council is “proud to work with organizations like the Intact Centre on Climate Adaptation to ensure that climate change, climate resiliency and adaptation are considered in Canada’s critical infrastructure standards. Given the huge costs associated with flooding in Canada, the standardization solutions that come from this effort will bring great value to Canada and to Canadians,” he suggested.

The Intact Centre on Climate Adaptation is a national applied research centre that focuses on mobilizing practical and cost-effective solutions to address climate change and extreme weather events.

SCC is a Crown corporation and part of the Innovation, Science and Economic Development Canada portfolio that leads and facilitates the development and use of national and international standards and accreditation services in order to enhance Canada’s competitiveness and well-being.