Crews were working to clean up a “significant fuel spill” that was threatening a river and a conservation area northwest of Toronto on Tuesday after a truck hauling gasoline crashed in the region. 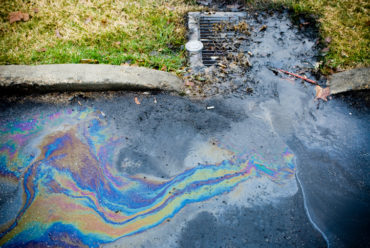 The fuel truck lost control around 2:30 a.m. in Caledon, Ont., and the back tanker of two being hauled in tandem fell over in the crash and began leaking, according to Ontario Provincial Police.

Const. Stephanie Hammond said the tanker has dumped about 23,000 litres of gasoline in the area so far and continues to leak. She said another 10,000 litres could spill if the flow isn’t contained.

The fuel has gone into nearby ditches and a catch basin, she said.

“This is a significant fuel spill,” Hammond said. “We have a pumper truck down there pumping out what fuel they can visibly see as well as digging out the ditches to remove the soil that has got the fuel in it as well.”

Originally, authorities thought there was no threat to nearby wetlands and the Humber River, but rainfall is wreaking havoc with the clean up, Hammond said.

“There is a potential for the fuel – because of the rain – to get into the Humber River and we’ve got all the tributaries and all the wetlands down there as well,” Hammond said.

The spill occurred near the Glen Haffy Conservation Area, home to wetlands and a fish hatchery that raises rainbow trout, according to the Toronto and Region Conservation Authority.

The Ministry of the Environment and Climate Change was also on the scene of the crash.

An environmental contractor was also in the area “to assess the scene and ensure steps are taken to contain the spill and to prevent it from spreading,” according to ministry spokesman Gary Wheeler.

Hammond said speed doesn’t seem to be a factor in the crash, but said it’s unclear how the driver lost control.

She said Highway 9 from Airport Road to Glen Haffy Road was expected to remain closed until Tuesday afternoon.