Terrorism insurance programs need a reset to ensure clients are appropriately covered in light of the continuing shift from attacks on property to attacks on people designed to produce mass casualties, Scott Bolton, the U.K.-based director of business development and network relations for Aon Risk Solutions, suggested Wednesday. 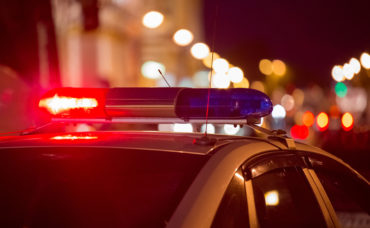 “We’ve got to start looking at impact on life, impact on liability, impact on all these other things that mass-casualty attacks bring,” he emphasized during the panel discussion, Terrorism Risk: International & Canadian Perspectives.

“We could have zero property damage from a mass casualty attack, but the impacts are going to be broader when you start seeing the deaths and injuries to people,” he told conference attendees.

“From an insurance perspective, you start hitting on the life lines of business – medical, benefits potentially, potential liability,” he said.

Citing the 2016 attacks in Nice and Brussels as examples, he pointed out there was little property damage. “The terrorism insurance policy full stop – it’s a hard thing to say – doesn’t care about the deaths because it doesn’t respond to the deaths that might result from a terrorism attack,” Bolton said.

He noted that the focus on property reflects the genesis of terrorism insurance programs: IRA bomb attacks in central London in the mid-1990s.

The difference, however, was that the usual process would be to report a bomb would be in a certain location and that location would be evacuated. “There would be a big bang, a significantly loud bang going off, lots of property damage, lots of business interruption, very few casualties,” Bolton reported.

“Now, clearly, we’re shifting – certainly in the last 24 months – to the mass-casualty space, the impacts from a mass casualty attack,” he said. Liability issues do not “really come into play if we’re talking about PDBI,” he argued.

“We’re probably going to see more of the vehicle attacks,” Bolton predicted. “That vehicle attack (Nice) was the fifth vehicle attack in France, I think, over an 18-month period. It’s a quite well-trodden path for terrorists,” he said.

Another “low-tech attack” like using firearms can result in many people being killed or injured before police even have a chance to arrive, Bolton noted.

Related: Shift in terrorist tactics, targets in the West demands change in attitude

“What we’re seeing now is lower property damage losses, lower business interruption, but a higher frequency on the continent,” Bolton pointed out.

“So they’re more attritional,” he said of the attacks. “You could be in the space that, even if you have a bit of property damage, your losses are so modest, from a property damage perspective, that you’re not going to be able to hit them (significant deductibles),” Bolton said.

With regard to the deadly attack at the Brussels airport, he noted there was modest property damage. “The major impact was not necessarily on the airport; it was on the airlines that had the challenges of getting their planes back up and running,” he said.

“There is actual tangible value in active risk management, in mitigation now, to be able to demonstrate the quality of the security delivery in order to, from an insurance perspective, understand good risk or bad risk for underwriters,” Bolton suggested.

“Are they (underwriters) bouncing it between their hands like a hot potato or are they trying to embrace it as an underwriter based on the risk itself,” he asked.

To reassure clients their terrorism programs will respond in mass-casualty, low-property damage events, it is a good idea to look “at these other lines of business,” Bolton said.

“Innovation in the insurance space is focusing more on, How do we recognize that it’s business interruption that is the biggest chunk of what’s coming out of terrorism attacks?” he said. “And how do we help clients get access to revenue protection to business interruption when there may be no property damage.”

Terry Chowanec, vice president of national security operations for Cadillac Fairview Corporation Ltd. and a member of the panel, acknowledged that it may not be possible to “prevent” certain events. That said, Chowanec continued, “you should make every effort to do your due diligence” and “look at how you can” do that.

“For us, the whole measure is how quickly we return to business. As we’re seeing in a lot of incidents recently, especially ones in Europe, some of these recovery periods are fairly well-extended,” he noted.

Of something like a 10-day recovery period, “I don’t think that’s acceptable in this day and age. We have to be able to stage a recovery and get parts of your business back sooner rather than later.”

Whoever it applies to, a plan cannot be “a static thing,” argued Harris Silver, manager of high risk deployment, operations and contingency planning at CBC Radio Canada and a panel member. “I think no plan ever survives the contact, but there’s value in going through the planning process,” Silver told attendees.