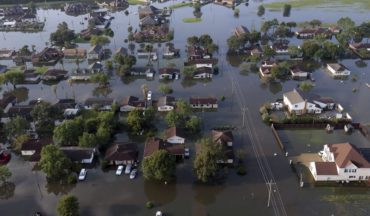 John Sharp, Texas’ Harvey recovery “czar,” announced Tuesday that the figure was based on surveys of local officials and future U.S. Army Corps of Engineers proposals after the storm caused $180 billion in damages statewide.

Sixty per cent would go for flood control, 33 per cent to buying out and elevating flood-prone homes and buildings, with the rest earmarked for water utilities, roads and bridges and hazard mitigation.

Gov. Greg Abbott is in Washington lobbying for $60 billion.