Ask B.C. residents if they are covered for wildfire. 25% will tell you this…

As many as 25% of British Columbians say they don’t know if they have insurance for wildfire and severe weather emergencies, according to a survey released Monday by the provincial public safety ministry.

Fewer than half of British Columbians have actually purchased insurance coverage for the hazards that concern them the most (earthquakes and wildfires), the Ministry of Public Safety and Solicitor General further reported. The numbers point to an opportunity for the P&C insurance industry to educate consumers on the risks they potentially face. 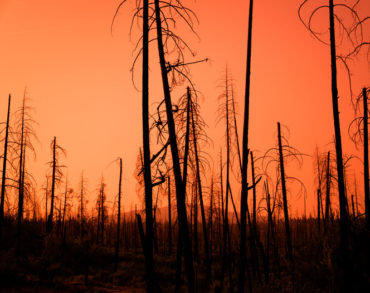 Only about half of Metro Vancouver (48%) and Vancouver Island (52%) residents have earthquake insurance, according to the Ipsos study of more than 1,200 people in the province. Fewer than half of Southern Interior (45%) and Northern (39%) residents “believe they are covered for wildfires.”

Across B.C., approximately four in ten survey respondents reported having insurance for earthquakes (42%) and floods (37%). About one-quarter have wildfire (25%) and severe weather (24%) insurance. Very few (7%) have tsunami insurance.

“The actual rates of having insurance for these emergencies may be higher than reported,” the study’s authors qualified, noting that 25% of the respondents weren’t sure.

“Most respondents with insurance indicated that they understand their coverage ‘somewhat well,’” the ministry states in its release. “However, many admitted their knowledge is not extensive – demonstrating the need to improve consumer education of the insurance protection that may be available to residents in the province.”

Regarding emergency planning, 54% of respondents said they have drafted an emergency plan, but only 13% said it is complete. Most households (75%) reported having enough food, water and emergency supplies for three days. However, in many cases, important items are missing (such as local maps, dust masks, whistles, battery/crank radios and cash in small bills). Four in 10 reported that they are equipped with an emergency kit in their car, while only three in 10 have a kit at work or a “grab-and-go” bag at home.

“Personal laziness” and “apathy” were cited as primary reasons why respondents have not invested in an emergency kit or developed an emergency plan.

Aaron Sutherland, vice president of the Pacific region for the Insurance Bureau of Canada (IBC), spoke to Canadian Underwriter about the awareness rates in an interview Wednesday. Although there is “still a lot of room to grow,” he said, IBC estimates that about 60% of those in Metro Vancouver have earthquake insurance and 70% of those on Vancouver Island have the coverage.

Overall, the survey found that renters and lower household income residents were less likely to have insurance for most types of emergencies, whether that is earthquake, flood, wildfire, severe weather or tsunami.

Don Forgeron, president and CEO of the Insurance Bureau of Canada (IBC), and Louis Gagnon, president of Canadian operations at Intact Insurance, told Canadian Underwriter recently that they were starting to see signs of a heightened sense of public awareness about climate risk. However, “ninety per cent of Canadians who actually live in a flood risk zone don’t know that they are at risk of flood,” Forgeron said.

“It really speaks to what we’ve been saying [all along],” said Sutherland. “We all need to improve our understanding of not just the risk we face, but how we can best prepare – and, frankly, the important role insurance can play in that.”

1 Comment » for Ask B.C. residents if they are covered for wildfire. 25% will tell you this…