PERILS AG has disclosed its third loss estimate of 249 million euros for windstorm Thomas, which affected parts of Europe in late February. 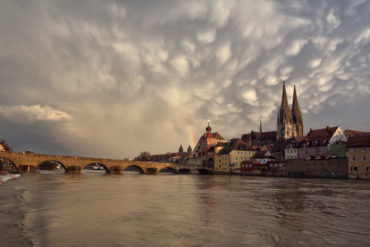 The independent organization that provides high quality data relevant to the insurance industry “with the aim of increasing the understanding of insured risk and to facilitate risk transfer” disclosed its third loss estimate for the windstorm, also known as Doris in the United Kingdom, on Wednesday.

The windstorm affected the British Isles, the Netherlands, Belgium and Germany on Feb. 23 and 24, PERILS said in a press release. In its initial loss estimate in April, PERILS said that the low-pressure system developed rapidly in the eastern North Atlantic ocean during the evening of Feb. 22. Winds subsequently “reached a maximum gust value of 152 km/h over the British Isles in Capel Cruig (Wales), while over Germany maximum gusts of around 150 km/h were recorded in the Harz and Erz Mountains,” PERILS said at the time.

The initial loss estimate for the storm was 213 million euros. The second estimate of the property insurance market loss, issued on May 23, was 249 million euros, unchanged from the most recent loss estimate. “While there are notable changes in loss amounts on a country-by-country basis, the overall event loss figure has remained the same,” PERILS noted.

For subscribers to the PERILS database and in line with the company’s reporting process, the market loss data in the third loss report are available at a higher level of granularity, with losses per CRESTA zone (two-digit postcode level) and per property line of business. The combination of the Thomas loss footprint with gust speed data and PERILS market sums insured can be used as a benchmark to validate European wind risk models, PERILS suggested.

The fourth loss estimate will be published on Feb. 23, 2018, one year after the storm.