What underwriters can learn from Cloudy with a Chance of Meatballs

Hail is a major driver of insured property damage in Canada, but testing resilience of roofing material by dropping steel balls on it has limited value, a CatIQ Connect speaker suggested Wednesday.

Roy Wright, president and CEO of the Insurance Institute for Business and Home Safety, described how the industry tends to test roofing materials.

“They drop a two-inch steel ball from above it and find out if it cracks,” Wright said during Narrowing Disaster Impacts: Flood, Fire, and the Importance of the Roof, which wrapped up CatIQ Connect. 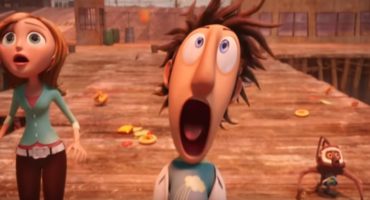 “How many of you have seen steel balls hit roofs of homes in Canada?” Wright asked the audience during his luncheon presentation.

“How many of you have read that children’s book, Cloudy with a Chance of Meatballs? Because you are just as likely to have meatballs hit your roof as you are to have steel balls. What we found is that is not how hail actually performs,” said Wright.

CatIQ connect was held Feb. 3 through 5 at the Metro Toronto Convention Centre and produced by Catastrophe Indices and Quantification Inc.

IBHS – whose members include major P&C carriers writing in the U.S. – collected hail to look at its physical characteristics. It then designed a machine that produces hail to test roofing products.

Hail has three different effects on a roof, Wright said Wednesday. It could bounce off the roof – in which case it tends to produce a dent or impact with ridges. The second effect is the hail shatters on impact, which tends to cause tears and cracks. Thirdly, hail could produce a slush effect, which tends to erode granules.

“Each one of those produces a different kind of damage on a roof,” said Wright.

“Asphalt shingles are put on roofs in only two countries in the world – the United States and Canada,” said Wright. “Nowhere else in the world do we put disposable products as the shield on top of our homes. I’ve got some good friends in the asphalt roofing manufacturing world. I don’t mean them any disrespect. It is cheaper to do this than to put any other kind of composite products on a roof,” but they do tend to be susceptible to hail damage, he said.

A series of hail storms that hit Western Canada this past July and August placed third on CatIQ’s list of the most expensive insured weather events in 2019. Those hail storms cost the Canadian P&C industry $250 million, Insurance Bureau of Canada said last month in a release, quoting CatIQ.

Assuming that hail accounts for 50% to 80% of thunderstorm-related payouts in any given year,  hail payouts have ranged from US$8 billion to US$14 billion worldwide in the past decade alone, Aon said in Weather, Climate & Catastrophe Insight: 2019 Annual Report released Jan. 22.

“It is a highly prevalent loss driver,” Wright said during CatIQ Connect.