The Canadian insurance industry saw a bit of an unusual catastrophe season last year, with more cats in the second quarter than the third, and Ontario beating out Alberta for insured losses.

There were a total of 12 catastrophes last year (a catastrophe is an event that causes more than $25 million in insured losses), as well as nine notable events (insured losses of between $10-25 million). 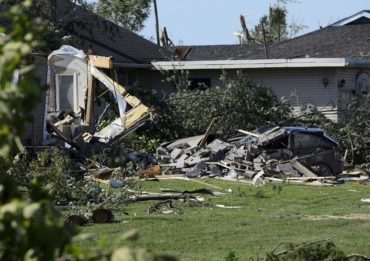 “We saw the second quarter beating out the third quarter, which is the typical cat season,” said Laura Twidle, director of catastrophic loss reduction at Catastrophe Indices and Quantification Inc. (CatIQ). “A little unusual. We usually see a lot of severe storms in the summer causing the most damage, although we had very strong windstorms [and] Ontario and Quebec [were] impacted severely by flooding events and wind events through that spring season.”

She said the 2018 season was also unusual because Alberta typically leads the way in insured losses. “But Ontario is well ahead of everybody this year with losses, with Quebec [next] behind and Alberta coming in third.”

By line of business, the proportion of insured cat losses in personal lines led the way as usual (at 64%), but commercial and auto lines were up as well (to 23% and 13%, respectively). The total insured loss mark reached $1.9 billion in 2018, but “with external expenses and notable events, this could be over $2 billion,” Twidle said.