WEST KELOWNA, B.C. — Visitors forced to flee from a campsite in British Columbia’s Okanagan Valley ahead of a raging wildfire on Sunday night will have a chance to retrieve abandoned items.

The Central Okanagan Regional District says people who left vehicles, trailers, tents and other gear as Bear Creek Provincial Park was evacuated were being allowed to temporarily return to reclaim their belongings.

But an evacuation order remained in effect for more than 100 properties surrounding the park, about 10 kilometres north of West Kelowna, above the northwest shores of Okanagan Lake. 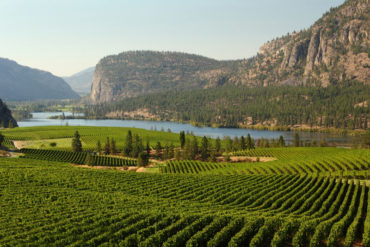 An update from the regional district says the wildfire, which was less than one square kilometre in size, was still active and it was not safe to reopen Westside Road in the area or return to properties nearest the fire lines.

Another 65 properties remained on evacuation alert.

Max Birkner of the BC Wildfire Service says progress on the Bear Creek fire was made overnight and it was 75-per-cent contained.

Crews worked through the night to extinguish hot spots, but officials worried that gusty winds and a return to high temperatures could complicate ongoing efforts.

A release issued early Tuesday by the regional district said people may notice a lot of smoke coming from the active fire area as crews work to fully extinguish the blaze.

While residents remain out of the evacuation area, RCMP members were conducting security patrols and the Emergency Support Services Reception Centre in West Kelowna continued to operate.