Increases in natural catastrophes and the price of reinsurance could also drive up the price of insurance products in Canada, the federal financial regulator said Tuesday. 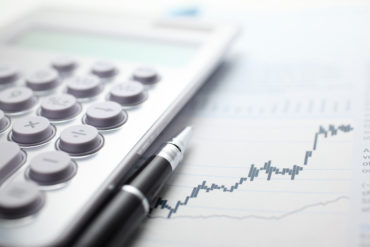 “Our concern is in the longer run, we’ll see increases in the price of reinsurance, which will increase the price of products in Canada,” said Neville Henderson, assistant superintendent of the insurance supervision sector of the Office of the Superintendent of Financial Institutions (OSFI). “As some of the risks rise, the reinsurers may decide to not cover it and the direct writers won’t be able to recover it, so we may see an increase in the expense [category].”

There has been an increase in catastrophe risk in Canada over the last decade, Henderson said at KPMG’s Annual Insurance Conference in Toronto. And global warming may further increase the number and magnitude of events.

The good news is that catastrophe modelling appears to be improving. “We work on it in OSFI, and various companies are working on their own models,” Henderson said. “As we go along with these catastrophes, we expect companies to take their earnings and appropriate it into their models [and] change their calibration.”

Henderson said OSFI is working to ensure that companies take account of the changes they have been experiencing, update their models, and understand the impact of reinsurance.

“We noticed that a lot of companies really don’t understand the reinsurance coverage very well,” Henderson reported. “As a regulator, we don’t want to have any kind of imbalance or inequity in how we treat various marketers of those products. So, we need to correct some of that.”

There were also several reinsurance items that companies didn’t understand or misapplied. “We want to make sure we don’t have any unintended impacts, so they’ll be a lot of discussion,” Henderson said. “And quite frankly, there are some aspects of how reinsurance is done that we’re not entirely sure how it works, so we’ll need some input from the reinsurers so we can better understand how companies can maintain enough capital.”

Primary insurers in Canada should understand the reasons for reinsurers’ rate actions, the risk that the reinsurers have, and the recoverability from the reinsurers, he said.

In Canada, a lot of catastrophe risk is covered by international reinsurers seeking to diversify their risk portfolios. “After what happened in the Caribbean and the States and the Mexican earthquake, the international reinsurance industry is still in very strong capital position, but as these things continue, it’s going to change,” Henderson suggested, referring to Hurricanes Harvey, Irma and Maria.

OSFI is pulling together a reinsurance discussion paper, which it has been working on for over a year, to take to the industry. It will look at changes to reinsurance in Canada and could include counterparty risks, capital advantages to unregistered versus registered reinsurance, reinsurance security agreements and capital requirements.