Flooding affecting the Windsor and Tecumseh areas in southwestern Ontario is estimated to have caused almost $108 million in insured damage as of Sept. 30, Insurance Bureau of Canada (IBC), citing figures from Catastrophe Indices and Quantification Inc., reported Wednesday. 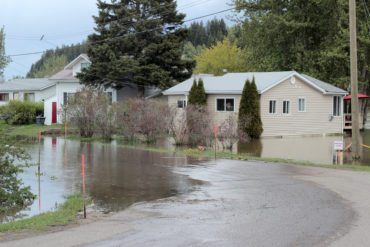 More than 6,000 home, auto and business claims were filed with insurers following the flood, the IBC statement notes.

Heavy rain fell over Windsor, Tecumseh, Leamington and Essex County during the night of Sept. 28 and 29.

Significant flooding across the region occurred, with Windsor and Tecumseh bearing the brunt. A state of emergency was declared on the evening of September 29.

Related: Communities in southwestern Ontario beginning to dry up after floods

“Flood events are happening across Canada with more frequency and with greater severity,” Kim Donaldson, IBC’s vice president, Ontario, says in the statement.

“It is important that Canadians understand their insurance policies and that they know what’s covered before bad weather strikes,” Donaldson emphasizes.