XL Group plc’s preliminary net loss estimate relating to natural catastrophes – including the largest single loss from the Alberta wildfires – is US$240 million for the second quarter of 2016, the company announced Wednesday.

This estimate – pretax and net of reinsurance and reinstatement premiums – is split approximately US$100 million in the Group’s Insurance segment and US$140 million in its Reinsurance segment, notes a company statement. The estimates are based on a review of individual treaties and policies expected to be impacted, as well as available client and industry data. 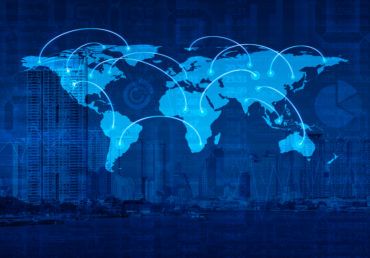 XL Group reports that losses contributing to the preliminary estimate include, among others, wildfires in Canada, flooding in Europe, earthquakes in Japan and Ecuador and hailstorms in the United States.

“In aggregate, natural catastrophe events are estimated to result in losses to the (re)insurance industry in excess of US$16 billion in the second quarter of 2016,” the statement notes.

For XL Group, the wildfires in and around Fort McMurray account for about half – or US$120 million – of the company’s total preliminary loss estimate for 2016 Q2 and is primarily a Reinsurance segment loss.

“Given that the facts are still developing, as well as the complexities of the nature of the events, there is considerable uncertainty associated with the loss estimates of these events and such estimates are accordingly subject to revision as additional information becomes available,” the company emphasizes.

“Actual losses may differ materially from these preliminary estimates,” adds XL Group, a global insurance and reinsurance company that provides property, casualty and specialty products to industrial, commercial and professional firms, insurance companies and other enterprises.

XL Group is scheduled to release its second quarter 2016 results on July 27.

The company’s estimate covers losses for multiple weather events in the U.S., earthquakes in Japan and Ecuador, the wildfires in Fort McMurray and the floods in Europe, among other natural catastrophes.

Globally, there were “more than 25 events with estimated insured losses ranging from US$15 billion to over US$20 billion.”