Property insurers should consider offering “catastrophic” coverage for policyholders to address the lack of overland flood coverage in Canada, while an aging population is going to affect property and casualty insurers as governments try to download health costs to carriers…

Income disparity, extreme weather top risks over the next decade

Income disparity is the risk seen as most likely to have an impact on the world going into 2014, while extreme weather events were also a top concern, according to a new report from the World Economic Forum.  The report…

OTTAWA – The railway industry wants to “aggressively phase out” older model tank cars that have been implicated in several recent accidents, the head of CN Rail’s safety division told an industry forum Monday. But the consensus at the day-long…

PLASTER ROCK, N.B. – The first freight train returned to service Saturday on a rail line that was the scene of a fiery derailment in New Brunswick as all but one couple in an evacuation zone were allowed to return…

There was “strong investor demand” in catastrophe bonds in the fourth quarter of 2013, with a total of US$7.5 billion in new cat bonds issued during the calendar year, according to a recent report from Aon Benfield Securities. As of…

WAPSKE, N.B. – Three days after they were evacuated from their houses, residents of a small community in northwestern New Brunswick still don’t know when they’ll be able to go home. About 150 people were told to leave Wapske on…

PLASTER ROCK, N.B. – The federal Transportation Safety Board says their preliminary investigation into the train derailment in northwestern New Brunswick has found a cracked wheel and a broken rail but it’s too early to say what caused the train…

TORONTO – Home owners should prepare to pay more for property insurance as the severe weather trend that has battered the country during the past year is expected to continue. ”There are more and more storms happening, and we’re seeing…

Aon Benfield Securities, the investment banking division of Aon Benfield, announced Tuesday that it has successfully underwritten and placed a $250 million catastrophe bond protecting against United States and Australia earthquakes, as well as Australia cyclones. The cat bond was issued…

PLASTER ROCK, N.B. – Officials with CN were planning to do an aerial surveillance of a train carrying propane and crude oil that derailed in northwestern New Brunswick to try to determine the source and extent of an ongoing fire,…

CASSELTON, N.D. – A fiery oil train derailment’s near-miss of a small North Dakota town had its mayor angrily calling for federal officials to do more to guarantee the safety of the nation’s growing shipment of oil by rail. Government… 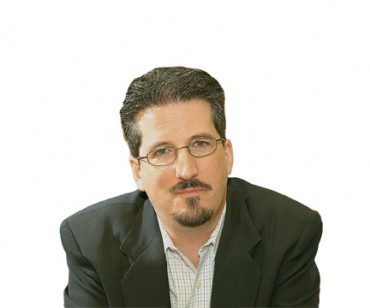 It looked like Canada’s natural catastrophe story for 2013 was just about told when the ice storm mere days before the year’s close added the chapter, “It ain’t over till it’s over.” Some day, there will be another major wind or ice storm, demanding that discussions begin now about how much should be spent to guard against what may amount to fairly rare events.