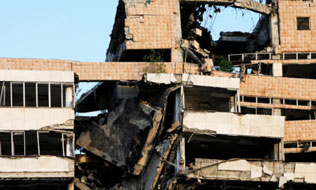 A new survey suggests that many Canadians misunderstand what the government will fund if an earthquake hits.

According to a survey by Vancouver-based Square One Insurance, 56 percent of respondents wrongly believe the government will provide financial assistance to renters and homeowners, and 30 percent don’t know that earthquake protection can be added to home insurance policies.

Though it may sound logical for the government to offer assistance, provincial and territorial disaster assistance financial programs only cover uninsurable events, like overland flooding. Because earthquake damage is insurable, the state won’t dole out money to homeowners and renters whose properties are damaged by a quake.

Square One estimates that annual premiums for quake insurance on a $300,000 house and its contents range from $15 in Toronto to $515 in shaky Richmond, B.C.

Read: Canada Not Prepared for a Major Earthquake

Forty-six percent of respondents also said they “have little confidence that home insurance companies would be able to pay covered claims resulting from a major earthquake.”

On the positive side of things, 90 percent of respondents acknowledged that earthquakes are not limited to the West Coast.

The survey of 593 Canadians was conducted using Google Consumer Surveys. Online polls are not random samples, and thus do not have a margin of error.