Half of all BC homeowners don’t have earthquake insurance 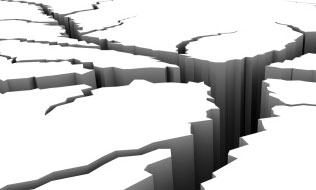 Should an earthquake occur, many BC homeowners wouldn’t be adequately insured for loss. Earthquake insurance is widely available in BC, but only 40% to 60% of people add it to their home insurance policies, according to Square One Insurance. The one-year anniversary of Japan’s deadly earthquake is an important reminder that earthquakes do in fact happen and that BC is in an earthquake zone.

“Many of the homeowners we spoke with were surprised to learn that if they were to stay with their traditional home insurance policy, they wouldn’t be covered in the event of an earthquake,” says Daniel Mirkovic, president & CEO, Square One Insurance. “Homeowners often assume that earthquake insurance is automatically included, and while it is with a few insurance companies, there’s often an additional charge.”

Many homeowners cite the following reasons for not having earthquake insurance:

“These are common misconceptions,” adds Mirkovic. “While earthquake insurance is by no means cheap – in fact, it can account for as much as one-third of a home insurance policy – BC residents have access to better coverage and lower rates in relation to other earthquake-prone areas.”

BC homeowners and renters should ask themselves the following questions to ensure they’re adequately covered in the event of an earthquake: