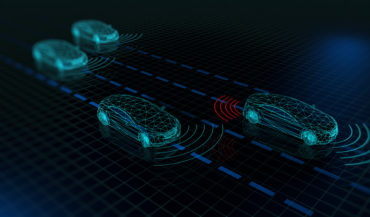 There are now vehicles on the roads with limited self-driving capabilities (as opposed to having no steering wheel or pedals), but the driver must be ready to take over if necessary, said Sandra Corbett, Edmonton-based partner with Field Law whose specialties include insurance defence and product liability.

But what if the driver of the semi-autonomous car is texting, or is otherwise distracted from paying attention to the road? “Those are some of the issues that you are going to have to pay attention to,” Corbett told claims professionals Tuesday during the 51st annual joint conference of the Ontario chapter of the Canadian Insurance Claims Managers Association and the Ontario chapter of the Canadian Independent Adjusters’ Association.

Under Canadian law, drivers are liable for negligent use or operation of a vehicle, while owners can be held “vicariously” liable, Corbett noted.

Vicarious liability means that even when the owner does not personally cause an accident, a court would still hold the owner responsible – in much the same way that someone could sue an employer for negligence on the part of an individual employee.

For partially automated vehicles that let drivers take over, “the current legislative regime is likely sufficient to impose vicarious liability on owners the same way it is today,” Corbett said. In other words, the driver is ultimately control of taking over the car where necessary, and must still pay attention to what’s happening on the road.

But the current law “may be inapplicable where autonomous vehicles are driverless, and there may be legislative amendments required,” said Corbett. In this situation, the driver would have no control of the car.

She noted that organizations such as the Society of Automotive Engineers and the U.S. National Highway Traffic Administration have designated different “levels” of automation. SAE denotes Level 0 as a vehicle where the driver does everything, whereas Levels 4 and 5 vehicles are fully driverless.

With fully driverless cars, which are not allowed on Canadian public roads, “it’s possible that our legislatures are going to make policy decisions and impose liability on the owners in a fully automated vehicle situation,” Corbett said. But it is not clear whether owners will still have liability in the event that fully self-driving vehicles get introduced on public roads. That is a policy question “that legislatures are going to have to address,” Corbett said.

Some automated vehicles have technologies such as radar, light detection and ranging (LIDAR), ultrasonic and infrared sensors and specialized software to classify objects, Corbett said. “There can be potentially liability” for manufacturers of those sensors, she said.

More News
Related
Government of Newfoundland and Labrador finalizes terms of reference for auto insurance review
Insurance industry ‘has to be ready’ for automated vehicles: Insurance Institute speaker
The untapped potential of telematics in auto claims
How to limit autonomous vehicle liability disputes