A major risk factor in children being hit by cars

A new study suggests children from poorer areas of Ontario face a greater risk of getting hit by vehicles than those from wealthier areas, possibly because they are more likely to walk to school alone.

The study – conducted by researchers at Sick Kids hospital, York University and ICES, formerly known as the Institute for Clinical Evaluative Sciences – examined data on emergency department visits related to kids hit by cars from 2008 to 2015.

Overall, it found the number of ER visits for that type of incident decreased by 18 per cent over those years. But while kids living in high-income areas saw the number of visits drop by 22 per cent, those in low-income neighbourhoods saw an increase of 14 per cent. 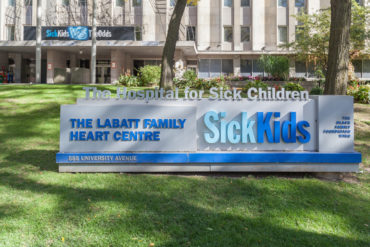 The study’s authors say that means children in the highest-income areas had a rate of ER visits due to getting hit by vehicles that was 48 per cent lower than those in the lowest-income areas.

“Simply put, poorer children are at an increased risk of getting hit by cars. Child pedestrian injury is a public health and health equity issue,” the study’s lead author, Dr. Linda Rothman, said in a statement.

“Although progress has been made in reducing preventable pedestrian-motor vehicle collisions, more work remains to be done. Our streets should be safe for all children to walk to school, to the playground or to the park,” said Rothman, a senior research associate in child health evaluative sciences at Sick Kids.

The researchers say reducing health disparities linked to socioeconomic status is a policy objective in Canada, and they wanted to see whether there had been progress when it comes to children getting hit by cars.
The study, published in the April 2019 edition of the journal Injury Prevention, suggests a few possible explanations for the phenomenon but does not come to a final conclusion.
“While in some cities, children in low-income areas are more likely to walk to school, this association has not been found in previous studies in Toronto,” it says. “Another potential explanation is that children from low-income families are more likely to walk to school unescorted, which may put them at increased risk of injury.”
Creating safer roads would ensure a safer walking environment for middle and high school kids who often walk alone and account for most emergency department visits due to getting hit by vehicles, the study says.

Younger kids, meanwhile, may benefit from having well-maintained playgrounds since a lack of playgrounds could lead them to play in the streets and be exposed to traffic, it says.

The authors say the findings highlight potential strategies to reduce vehicle-pedestrian collision rates in poorer areas by installing similar traffic-slowing measures.
However, the study assigned income status based on the children’s residence, not the site of the collision, so the link with the environment cannot be “definitively addressed,” it says.

The data examined also did not include children who died at the scene of the collision, which means deaths are likely underrepresented in the study, the document says.
The study found teens and preteens were at the highest risk of getting hit in the time period examined, accounting for 51 and 26 per cent of ER visits respectively. The majority – 73 per cent – of incidents occurred in cities, compared with 20 per cent in the suburbs.