An Ontario court has rejected an attempt by claimants in a bad faith claim against an insurer to blur the line between claims adjudication and setting claims reserves, ruling that the insurer’s “records pertaining to reserves” were irrelevant to how the claim was decided. 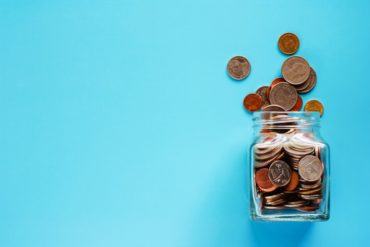 In Kanani v. Economical Insurance, released last Friday, the court considered a discovery motion in which claimants in an auto accident case sought to compel Economical to produce information about how the insurer set its reserves. (This was a pre-trial motion; the facts and merits of the case have not been heard by the court.)

An insurance company is required by the Insurance Act to maintain reserves for all claims that have an open status. This is because it takes some time for the company to determine the full indemnity amount under the policy and related expense amounts for the claim, and then pay out and close the claim. While the claim is open, the company is required to set aside funds to allow them to make future payments should claims be advanced.

The claimants contended that the reserve documents would reveal the insurer’s state of mind when it assessed the future needs for and entitlement to an injured victim’s attendant care benefits.

Economical countered that its notes about reserve-setting were irrelevant. The claimants were confusing reserve-setting with the act of adjudicating entitlement to attendant care benefits, when in fact adjusting and reserving are two separate spheres, the insurer told the court.

The Ontario Superior Court agreed with Economical, finding that the insurer did not need to produce documents related to its reserve-setting.

“The plaintiffs have conflated the setting of reserves with the knowledge, awareness, analysis and assessment or adjudication of the insurer with the suggestion that these are intertwined, making the reserve information relevant to the matters at issue in this action,” Ontario Superior Court Justice David Nadeau wrote for the court. “It is clear from the weight of the authorities presented that reserves do not relate to the process or manner in which the claim is assessed or adjudicated; these are a separate process and have very separate considerations.”

In supporting his decision, Nadeau cited a lengthy chunk of a 2003 decision by the Ontario Superior Court in Osborne v. Non-Marine Underwriters, Lloyd’s London.

Osborne focused on a pleadings motion (i.e. the claimant’s complaint), as opposed to the discovery motion (obtaining all relevant information) in Kanani. Nadeau found the two cases dealing with reserves were comparable since “pleadings are intimately related to the scope of discovery in an action.”

In Osborne, the claimants accused the insurer of setting its reserves “at an arbitrarily low figure.” The court rejected the relevance of the insurer’s reserve-setting, noting there is a difference between dealing with a client in good faith and calculating how much the claim could cost an insurer.

“While there may be a possible connection between the level at which a reserve is set and the insurer’s assessment of the claim, the setting of the reserve does not relate to the process or manner in which the claim is gauged or weighed — i.e. assessed — in the first place,” Ontario Superior Court Justice Robert Blair (as he then was) wrote in Osborne. “It is therefore several steps removed from the process of dealing with the insured and ‘[assessing] the claim in a balanced and reasonable manner’…

“Absent exceptional circumstances, therefore, an insurer’s internal estimation of its monetary exposure regarding the risk is not pertinent to the insurer’s conduct in assessing and responding to the claim of an insured.”