How carriers envision the future of independent claims adjusters

Despite increased costs of outsourcing claims adjustment, an extreme wind event this past May serves as a reminder that insurers will continue to need independent claims adjusters and brokers should be prepared to field calls from claimants.

The future of independent adjusting firms was a discussion topic Aug. 29 during the Canadian Claims Summit.

Tim Guernsey, vice president of commercial claims for Waterloo, Ont.-based Economical Insurance, suggested it can sometimes cost twice or even 2.5 times as much to outsource claims adjusting to an independent adjusting firm compared to having the claim handled by an insurer’s staff.

“It is always a delicate balance internally for organizations, on how do we justify that” extra cost of outsourcing claims adjusting, Guernsey said. “We still do need our (independent adjuster) partners out there in times of catastrophe. We just can’t (add enough additional) staff for a significant cat.” 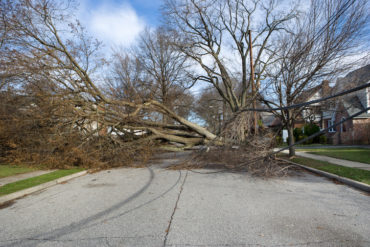 He made his remarks during an industry leader panel at the claims summit, hosted by the Canadian Independent Adjusters’ Association. Panelists referred to a wind storm this past May 4 in Ontario and Quebec that costs the industry more than $300 million.

RSA Canada  “has always had a strong outsourcing model for many years,” said Donna Ince senior vice president of personal and commercial insurance at RSA Canada. “I do not see that changing any time soon. We are always going to rely on our [independent adjusting] partners when we have capacity challenges and those seem to be happening more frequently given the events that we are experiencing,” citing as an example the May 4 storm.

Events such as the May 4 storm showed that insurers “sometimes undervalue the role of the agent and the broker,” said John Taylor, president of the Ontario Mutual Insurance Association.

This is because some brokers and agents are “an adjunct part” of an insurer’s claims staff, Taylor suggested.

“If you were a broker or an agent, and you were not in your kitchen taking telephone calls from policyholders [on May 4] saying ‘Hey, what’s going on?’ then you probably missed an opportunity there,” said Taylor.  “Everyone is fighting over who has the relationship. I think we all have the relationship, wherever you are in the chain of delivering insurance to policyholders.

After an event like the May 4 catastrophe, “people think, ‘My roof is going to get done as quick as it would have it there hadn’t been a storm’” Rasbach said. “You hope that you are the insurer that doesn’t go on the 6:00 news because the media agency decides it is going to feature one (disgruntled) customer.”