How COVID could change adjusting for good

“COVID has been the awakening for many companies,” said James Swayze, Toronto-based executive for Canada at CoreLogic Inc.

After COVID-19 was declared a pandemic this past March by the World Health Organization, some property claimants were reluctant to have adjusters physically enter their homes. This prompted some insurers to have claimants take photos of their damaged properties.

“Once the threat of COVID subsides (for example with a vaccine), insurance companies will be more likely to say that they would like the policyholders to do some of the work in the property claims process,” Swayze said in a recent interview. “For example, to take photos of the property damage, upload it to the claims software, and try to minimize the number of people that physically go to the site.”

In advance of the event, Canadian Underwriter asked Swayze how technology is helping to improve the claims process. 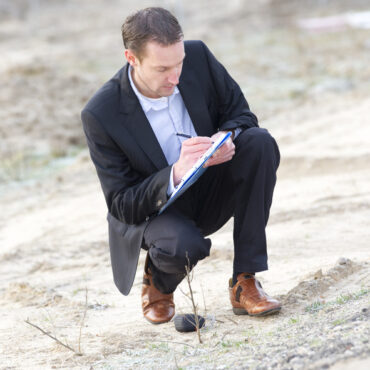 Policyholders are starting to demand the availability of apps that would let them upload photos and participate in the claims process, said Swayze.

“By participating in some small way in collection of data, and tracking the claims process, the policyholders feel more in control.”

For example, say an app has all the information around an insurance claim. The client could see that the adjuster will be at the property Tuesday at 9 am, the flooring company will come in on Wednesday, and the water damage recovery contractor has already been at the property because it was an emergency.

“Right now, without an app with this capability, if you want to find out what is supposed to happen next in the claims process, you might have to call someone and ask. So by being able to track all the steps in the process, it is an improved experience for the insured,” said Swayze.

Usually when a policyholder takes their business to a different carrier, it is because of a bad claims experience, he reported.

“Anything insurance companies can to do improve their claims experience is top of mind for insurers. Giving claimants an app can help an insurer reduce its overall expenses by keeping feet out of the street and allowing the policyholder to collect some of the data.”

CoreLogic has an app that is offered to policyholders when they first notify the insurer of their loss, said Swayze. That app lets the policyholder communicate directly with the adjuster and contractors. The insured could upload photos and documents and have two-way chats, track progress of claim, and book appointments.

When policyholders were asked if they were interested in using CoreLogic’s app, 70% said yes, Swayze reported. Of those who received the app, half engaged with the app in the first hour.

“So carriers felt obliged to physically send people to the properties,” said Swayze. “Insurers have also been concerned about fraud. Having insurance company people physically at the property makes it less likely that there would be a fraudulent claim. But when 70% of people say they want to engage with an app, this means many policyholders are expecting that the insurance industry will give them tools to be involved in the process, like they can in other aspects of their life.”

1 Comment » for How COVID could change adjusting for good