Are cannabis edibles a “drug”? What adjusters should be asking

For example, consider the following question in the context of edible cannabis (or even recreational smoked marijuana): “In the past 24 hours, have you consumed any drugs, alcohol or medication?” 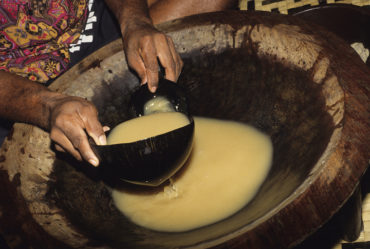 “I think a lot of people would argue that cannabis doesn’t fall into any of these categories because it’s not alcohol,” said Erika Carrasco, a partner at Field Law in Calgary, “When you say the word drug, they say, ‘No it’s legal now, it can’t be a drug.’ And then you say medication, and they’re like: ‘Nope, I wasn’t taking it for medication.’”

Carrasco spoke to Canadian Underwriter earlier this month about cannabis and insurance coverage issues. In late January, she was one of the presenters from Field Law at the Insurance Institute of Canada’s Impact of Cannabis on the Insurance Industry seminar.

“We are going to have to be mindful of whether the normal inquiries at a claims level are going to cover off some of these issues,” she said in reference to the question regarding drug, alcohol or medication consumption. “We might have to have specific questions: ‘Do you regularly use cannabis? How often do you use it? In what format? Where do you purchase it from? What strains do you use?’ Much more detailed questioning might occur depending on if there’s a chance that the person or a party could have been impaired by cannabis use.”

The issue of an “intoxicating substance” was debated in a Supreme Court of British Columbia ruling from September 2015. In Venkataya v. Insurance Corporation of British Columbia, the insurer denied coverage for total vehicle loss following a single-vehicle accident on the basis that the claimant willfully provided a false statement “that he had not taken any drugs or alcohol in the 12 hours preceding the accident.”

B.C. Supreme Court Justice Peter Voith ruled against ICBC. He found the evidence did not show the driver was incapable of operating his vehicle as a result of having consumed “a drug or intoxicating substance,” in this case a traditional Fijian root drink called Kava. The driver, Mohammed Venkataya, also did not willfully try to mislead the insurer when he told an adjuster that he did not take “any drugs, prescription or otherwise, in the 12 hours preceding the accident.”

In the early morning hours of Oct. 12, 2008, Venkataya was driving home in Surrey-Delta, B.C. after having consumed one bowl of Kava when he crashed into the wall of a restaurant. Venkataya testified he had no recollection of what happened before hitting the restaurant, but responding officers said he “had difficulty standing and walking, that he was unable to speak clearly or to construct sentences, or to understand what was being said to him, at least initially.” He took a breathalyzer test, which showed a blood alcohol reading of zero.

ICBC argued Venkataya “breached” a condition of his insurance by “operating a vehicle while the insured is under the influence of intoxicating liquor or a drug or other intoxicating substance to such an extent that he is incapable of proper control of the vehicle,” contrary to section 55(1.1)(8)(a) of the Insurance (Vehicle) Regulation. The insurer bore the onus of proof to show Kava was an intoxicating substance.

Justice Voith said this was not proven. “There has been very little study on the extent to which, if at all, elevated levels of Kava consumption can impair the movements or faculties of an individual,” he wrote. In fact, Justice Voith said, ICBC’s lawyer conceded “there is no record or report of there having ever been a prosecution for impaired driving as a result of Kava consumption, successful or otherwise, in Canada.” And, Venkataya went to his doctor within days of the accident. “Such conduct is inconsistent with an individual who knows he has consumed excessive amounts of an intoxicating substance.”

The court ordered the replacement costs of Venkataya’s vehicle.

“I recognize that both the events surrounding the accident and Mr. Venkataya’s conduct in relation to those events are highly unusual and without any ready explanation,” Justice Voith wrote. “The burden lies on [ICBC], however, to establish that Mr. Vekataya was incapable of operating a motor vehicle as a result of his having consumed ‘a drug or intoxicating substance.’ The whole of the evidence does not, on a balance of probabilities, satisfy the burden.”

2 Comments » for Are cannabis edibles a “drug”? What adjusters should be asking