How this province is tackling inconsistent adjuster licensing

Will there soon be a consistent approach to adjuster licensing across Canada?

New Brunswick is one province moving towards that goal. Earlier this month, the Insurance Division of New Brunswick’s Financial and Consumer Services Commission released a consultation paper on licensing of adjusters and damage appraisers in the province, with proposed changes to the definition of an adjuster as well as the removal of one licence level. 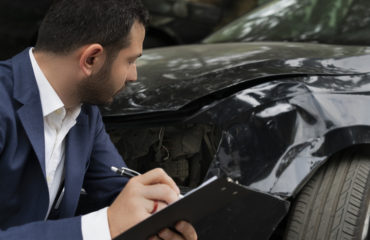 The Commission, New Brunswick’s insurance regulator, is undertaking a comprehensive review of the current licensing regimes, nearly a decade after the current Adjusters Regulation was implemented on July 1, 2009.

“The goals are to ensure that the regimes are current, enhance consumer protection and remove any unnecessary administrative burdens,” the Commission said in the paper. “The commission also wishes to increase harmonization with other provinces.”

In New Brunswick, the Insurance Act requires that adjusters – both independent and staff adjusters employed by an insurance company – hold a licence.

For example, the current Adjusters Regulation, among other things, specifically exempts an adjuster dealing exclusively with ocean marine losses from requiring a licence. Several other jurisdictions exempt marine insurance claims. Prince Edward Island and Newfoundland and Labrador also exempt a person who is adjusting or dealing solely with claims for aircraft insurance, life insurance or accident and sickness insurance from being licensed.

The current Adjusters Regulation creates a graduated licensing regime by having four different levels of licence:

In New Brunswick, there are mandatory progression requirements for Level 1 through to Level 3. However, a Level 3 licensee (whose specializations include property damage, automobile physical damage, automobile accident benefits, and bodily injury) can remain at that level indefinitely and are not required to move to Level 4.

“Many jurisdictions have a similar three level licensing regime, so this will enhance harmonization,” the paper said.

As well, the regulator proposes eliminating mandatory progression, meaning that “Level 1 assistant adjusters can stay at that level for their entire career should they wish. However, they would be subject to direct supervision and would have restrictions on the activities that they are permitted to carry out.”

It also proposes eliminating the specializations for a Level 2 licensee (currently a Level 3 licensee). Level 2 Licensees would be permitted to do several types of adjusting, but their employer would be responsible to ensure that a Level 2 adjuster is competent for the files assigned to them.

Comments on the consultation paper must be received in writing on or before July 2.