An online version of the Home Flood Risk Assessment Training will be available Canada-wide this March, Blair Feltmate, head of the Intact Centre on Climate Adaptation, said in a recent interview. 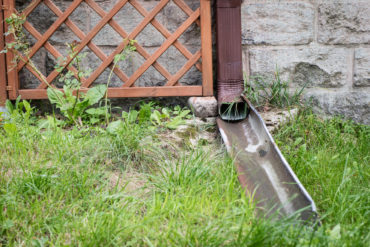 It will be available through Ontario Learn, a website for online education provided by the province’s publicly-funded community colleges.

The partners running that course include Seneca College, Sir Sandford Fleming College and the Intact Centre, which is a research centre at the University of Waterloo that gets money from Canada’s largest property and casualty insurance carrier.

“Home inspectors to this point in time, in Canada, believe it or not, had virtually no training on basement flood risk assessment,” Feltmate said in an interview earlier this month. “They had very good training on [heating, ventilation and air conditioning] systems, on roof design, and electrical and whatever but nothing in this area.”

About 20 students took the class on campus last year, Feltmate said in an interview about a report released Jan 18 by the Intact Centre. The report – Weathering the Storm: Developing a Canadian Standard for Flood-Resilient Existing Communities – is intended to form the basis for a standard for reducing flood risk in existing communities

The Home Flood Risk Assessment course is intended to help home inspectors give home buyers advice on what they need to do to reduce the risk their basement will be flooded.

One is the downspout from the roof – which the Intact Centre says should extend at least six feet away from the foundation.

Another is that if the home has a backwater valve, it needs to be maintained.

If the home has a sump pump, the homeowner needs to make sure the pump is actually working and has a backup power source,  Cheryl Evans, the Intact Centre’s director of home flood protection, told Canadian Underwriter earlier.

Training home inspectors on basement flood risk “is the single most positive action we can take in Canada today to protect ourselves from extreme weather events is at the level of the home itself,” Feltmate said in February, 2018 during a presentation at the Insurance-Canada.ca Technology Conference.

The average basement flood costs $43,000, Feltmate said at the time.

“People are simply defaulting on their mortgages because they are out of their homes, they can’t afford to fix the flooded basement, they have to live somewhere else and the value of the house has diminishing – perhaps below the level which they actually owe on their mortgage.”