Quebec’s financial regulator has temporarily relaxed some of its rules to allow out-of-province adjusters into the province to help deal with a large number of claims.

The Autorité des Marchés Financiers (AMF) announced the change before the province began experiencing heavy flooding, which has resulted in more than 6,400 flooded residences as of Monday and more than 10,000 people out of their homes. Days earlier, water from the Lake of Two Mountains burst through a natural dike in Ste-Marthe-sur-le-Lac, inundating the suburb west of Montreal. 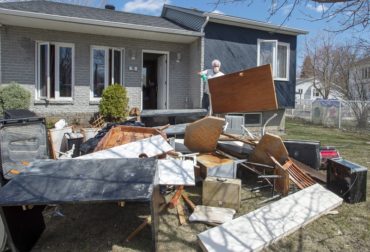 Different adjuster licensing requirements across Canada mean that adjusters cannot easily move from province to province. For example, a large storm in Alberta may require adjusters from Ontario. However, that Ontario adjuster with a Letter of Authority will need to write an exam before they are licensed in Alberta, Patti Kernaghan, president and CEO of Kernaghan Adjusters, told Canadian Underwriter earlier.

In Quebec, periods of heavy precipitation have resulted in a large number of claims, many of them related to collapsed roofs and water infiltration, AMF said in a press release Apr. 12. “Individuals normally authorized to act as claims adjusters are already straining to meet the needs of all claimants.”

AMF will also allow the value of claims processed over the phone to increase to $7,500 during the exemption period. Normally, Quebec allows certain employees to process claims totalling less than $2,000 over the phone.

Quebec’s Public Security Minister Genevieve Guilbault told Canadian Press Tuesday that “the worst is behind us.” The province has partially lifting the evacuation order in Ste-Marthe-sur-le-Lac, allowing nearly 1,500 people to return home. Authorities have said, however, that they would be without running water or electricity for an indefinite period of time.