The Supreme Court of Canada announced it will hear an auto liability coverage dispute involving RSA Canada, insurer of a motorcyclist who had alcohol in his system while holding a probationary licence.

Bradfield and State Farm took RSA to court after RSA took an “off coverage position” on the grounds that a coroner’s report showed Devecseri — who had an M2 licence — had alcohol in his system. Under Ontario’s graduated licencing system, M2 licence holders cannot operate a motorcycle with any alcohol in their blood, even if the alcohol concentration is low enough that it would be legal for holders of unrestricted licences. 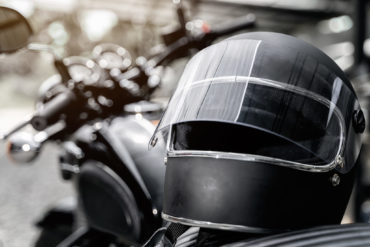 The key issue was RSA did not take its off coverage position until 2009, three years after the accident. So in Bradfield v. Royal and Sun Alliance Insurance Company of Canada, released July 20, 2018, Ontario Superior Court Justice Alexander Sosna ruled that Bradfield could recover $800,000 from RSA. Justice Sosna found the carrier had waived its right to deny coverage.

Justice Sosna’s ruling was reversed on appeal this past October, so Bradfield applied in December for leave to appeal to the Supreme Court of Canada.

The April 23, 2020 decision — granting Bradfield leave to appeal — is not necessarily a defeat for RSA. It is conceivable the top court could uphold the 2019 Court of Appeal for Ontario ruling.

Where Ontario judges disagreed was whether RSA, by initially defending the estate, had waived its right to take an off coverage position.

As it stands, with the October 2019 Court of Appeal for Ontario ruling, RSA is only on the hook to pay out $200,000, which is the mandatory minimum liability coverage that Ontario motorists must buy.

But it was not until 2009 when, during an examination for discovery, RSA learned Devecseri had been drinking before the accident.

Bradfield and State Farm argued that RSA had defended the Devecseri’s estate for three years without a reservation of rights and without raising any coverage issues.

While Justice Sosna originally ruled against RSA, appeal court Justice Julie Thorburn countered that RSA did not initially have all of the material facts from which to determine there was a policy breach.

“This was not a case where RSA failed to appreciate the significance of information; it did not have information that Devecseri had been drinking and had thereby breached the terms of the policy,” Justice Thorburn wrote for the appeal court in its unanimous ruling.

Initially, in 2006, an adjuster was told by RSA to ask the executor of Devecseri’s estate to allow RSA to “obtain any and all information” with regard to the accident from both the police and the corner. In September of that year, the adjuster sent RSA a report stating: “You had asked us to obtain a copy of the coroner’s report. Can you possibly confirm with your [accident benefits] adjuster if they have obtained a copy of same. If not, we can easily do so, but traditionally, this would come from the AB file.”

In the 2017 trial over the coverage dispute, the adjuster could not explain, during cross-examination, why neither he nor the accident benefits adjuster took any steps to obtain a copy of the coroner’s report, Justice Sosna wrote in his 2018 ruling.