The Alberta hail cat has not stopped biting

Insurers are still receiving new claims from the June 2020 Alberta hail storm that is estimated to have cost the industry more than $1 billion.

In an emailed comment, Young was referring to the June 13 hail storm that led to tens of thousands of property claims, mainly in northeastern Calgary.

“Often policyholders who thought their home wasn’t damaged grow concerned when they see their neighbours getting a new roof and question if theirs was damaged,” Young said this month.

In the recent cases where new roof damage was reported by homeowners, adjusters found damage in 93% of those cases, while no damage found in the other 7%, Crawford Canada reports.

During the June 13 storm, the hail was reportedly the size of tennis balls in some areas. Industry observers earlier told Canadian Underwriter that many properties had major roof and siding damage and some vehicles had to be written off.

Catastrophe Indices and Quantification Inc. (CatIQ) estimated the storm will cost the property and casualty insurance industry nearly $1.2 billion. That makes it Canada’s most expensive ever hail storm and the fourth most expensive insured catastrophe. 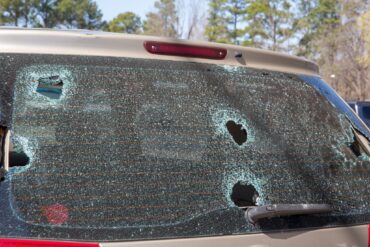 “The June Alberta Hail event presented a number of challenges for everyone in the industry, largely due to the large volume of claims and available capacity of the restoration and construction crews to repair the damages,” said Walter Waugh, Crawford Canada’s vice president for Western Canada.

“Calgary has a relatively short construction season for outdoor work like roofing and siding, and the early arrival of winter with an October 14 snowfall impacted how many jobs got completed. There was a tremendous amount of cooperation and teamwork with insurers, adjusters and contractors to ensure high priority claims were dealt with first but there are a number of jobs which remain outstanding,” Waugh added.

The Insurance Bureau of Canada heard this past June that some properties in northeast Calgary had damage to roofs, siding, eavestroughs and broken windows with repairs costing tens of thousands of dollars per property, said Rob De Pruis, IBC’s director of consumer and industry relations, western, in an interview this past July.

“You’ve got hail coming from above, destroying siding and roofs, and then we had sewer backups and overland flood coming from below because the storm sewers got overwhelmed,” said Barry Haggis, president-elect of the Insurance Brokers Association of Alberta, in an interview this past summer.