Why this vehicle accident defendant tried to quash $850,000 settlement

Adjusters handling auto liability claims shouldn’t be too quick to settle and take what the plaintiff’s lawyer is saying with a grain of salt. These are among the takeaways from Thursday’s Supreme Court of Canada decision in Fleury v. Paulus.

Bassman Paulus was rear-ended Nov. 20, 2008 by a vehicle driven by Michael Fleury, whose auto liability insurer was Gore. Paulus was stopped at an intersection for a yellow light.

Though it was Fleury who drove into Paulus, Fleury argued that Paulus pulled out from the left-hand turning lane into his path, cutting him off. 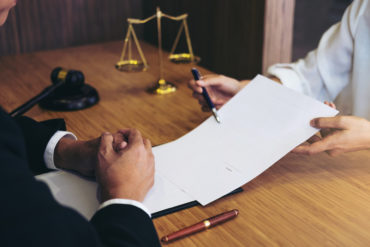 Paulus filed a lawsuit against Fleury. Allegations against Fleury have not been proven. But the top court’s June 13 decision means, in essence, that the lawsuit won’t go to trial and Gore must pay the plaintiff more than $800,000.

A trial was scheduled to start Dec. 5, 2016. But on Nov. 22, the parties agreed to settle for $850,000. No actual minutes of settlement were made and the deal was sealed with a handshake.

The following day, the defendant’s lawyer, Peter Festeryga, told the plaintiff’s lawyer the deal is off.

The plaintiff (now represented by new lawyer) asked the Ontario Superior Court of Justice to enforce the settlement.

Initially – in February, 2018 – Justice Thomas Heeney ruled in favour of the defendants. That meant the settlement was off and the case would go to trial.

The plaintiff’s lawyers claims about his witnesses was what ultimately led the adjuster and defence lawyers to agree to a settlement. At the time, the parties were faced with the prospect of an “all or nothing” trial. Jury members might conclude the plaintiff cut the defendant off. On the other hand, they might believe the witnesses testifying for the plaintiffs.

Defence lawyer Festeryga had hired an investigator to look into the plaintiff’s witnesses. That happened before the Nov. 22, 2016 pre-trial conference that led to the settlement. It turns out those “independent” witnesses knew the plaintiff. Their son lived across the road from the plaintiff and prepared his tax returns. Festeryga found this out, from the private investigator the evening after he agreed to settle.

In ruling in February, 2018 that the settlement is not enforceable, Justice Heeney found the plaintiff’s lawyer’s conduct amounted to civil fraud. This finding was overturned this past December on appeal.

The defendant settled for a lot more than he would have settled had it not been for the claims the plaintiff’s lawyer made about the witnesses, Justice Heeney reasoned.

When Greenaway was the plaintiff’s lawyer, his description of the witnesses as independent was “a legitimate exercise of advocacy,” Justice Gladys Pardu of the Court of Appeal for Ontario wrote in the unanimous ruling enforcing the settlement.

Lawyers must not knowingly make false claims, Judge Pardu noted. But she added when a lawyer is mistaken in an opinion, that does not constitute civil fraud.

“Although the plaintiffs’ counsel knew that the witnesses were acquainted with the plaintiffs, the nature of their acquaintance was unknown. Neither was an employee of the other,” she wrote.

Whether a witness who knows a party in the case is “not independent” or biased, is “open to debate and may differ in different settings,” wrote Judge Pardu.

When a losing party wants to quash a settlement on account of fraud, the party must show they used due diligence. In a case like this, the questions that need to be asked are what did the defence lawyers know and when did they know it.

In Fleury’s case, his lawyers knew the plaintiffs’ witnesses to the accident refused to speak with the defence.

“Four days before the pretrial in 2016, defendant’s counsel had concerns about the witnesses’ credibility and sent an investigator out to explore what connections the witnesses might have had with the plaintiffs. Despite these concerns, and without waiting for the report from the investigator just retained, the defendant’s counsel and the adjuster elected to settle the case,” wrote Justice Pardu. “It cannot be said that the defendant’s counsel acted with due diligence in investigating or asking any questions about any link between the plaintiffs and the witnesses. In the absence of such due diligence, the need for finality in legal proceedings favours enforcing the settlement.”

More News
Related
Your drunk client arrives home safely. Why your exposure does not end there
Why this claimant cannot sue over auto collision
Why off-road vehicles could get more mileage in Ontario
When ‘residence employee’ is key in home insurance wording