A recent collision between a passenger plane and a drone has prompted Canada’s airplane accident investigation agency to warn of the risk of flying drones near airports.

“The use of drones near an aerodrome or within controlled airspace poses a serious risk to aviation safety,” the Transportation Safety Board of Canada warned Wednesday in a report on a collision between an airplane and a drone near Quebec City. 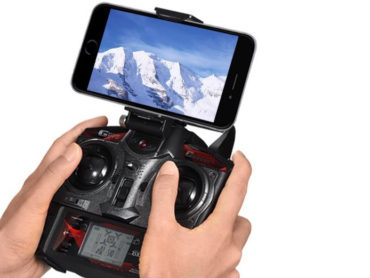 There have been “numerous incidents” in Canada when a drone got in the way of an airplane, said Delon, former chairman of RIMS Canada Council, commenting in general and not on any particular incident.

For example, a Beechcraft King Air A100 was approaching Québec City Jean-Lesage International Airport in October 2017, when a pilot saw a drone “about the size of a dinner plate,” TSB said in a report released Wednesday. The drone hit the plane and the drone disintegrated. There were no injuries and the airplane had damage to the de-icing boot on the left wing.

“In Canada, between 2014 and 2017, the TSB received 30 reports of incidents in which pilots observed a drone on their flight path but no collision occurred,” TSB said Feb. 14 in its report on the Quebec airport incident. TSB added that between 2010 and 2017, the agency received eight “reports of incidents that involved a drone but not an aircraft.”

“All recreational and non-recreational drone users must be knowledgeable about and comply with the regulations, including the requirement to operate within line of sight,” TSB said in its investigation report released Feb. 14. “Users must also familiarize themselves with the different classes of airspace to ensure they comply with the regulations and avoid conflicts with aircraft.”