Another way to wreck a condo: Water cooler leaks

Intact Insurance recently lost a subrogation case in B.C.’s small claims court because it couldn’t prove a cracked water bottle was the source of a water leak that caused $5,000 damage to the condo unit below.

One moral of the story is that an expert witness may be required to prove damage caused by a water cooler leak in a condo unit.

Intact Insurance and its insured, Barb Peters, launched a subrogated small claims court action against Columbia Ice, which installed a new bottle on a water cooler owned by Peters’ upstairs neighbour (referenced only as ‘GF’ in the court documents). GF was not a party to the subrogation claim made by Intact and Peters against the water bottle company. 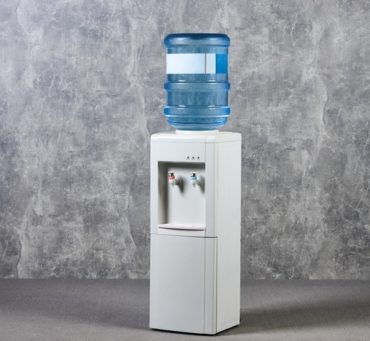 Columbia Ice delivered bottled water to GF in June 2017. Since GF couldn’t lift the water herself, a Columbia Ice employee placed the bottle into GF’s cooler for her. GF’s evidence in court is that two hours after the bottle was delivered, she noticed water on the floor.

The water leaked into Peters’s downstairs condo unit, causing damage to the ceiling and flooring. Peters was away when it happened. The leak caused the fire alarm to sound, and a neighbour taking care of her suite turned off the electrical breakers to stop the alarm. The power shutdown turned off Peters’s fridge; Peters arrived home several days later to find her food spoiled and her fridge damaged.

Peters made a claim with Intact Insurance for a new refrigerator, replacement food, and repairs. Intact Insurance says that the claim cost $5,507.27, which included a $500 deductible paid by Peters. Intact and Peters made a subrogated claim against Columbia Ice, accusing the water bottle company of being negligent in the installation of the water bottle. Intact and Peters asked the tribunal to order the water bottle company to pay them $5,000 (the small claims limit), with $500 to be returned to Peters and rest going to Intact to recover their claims costs.

Columbia Ice disputed the claim. It noted that it was unable to inspect either the bottle or GF’s cooler after the incident (the water bottle had gone missing). It also denied Intact’s claim that its employee damaged the bottle, suggesting instead that the bottle was damaged when GF took the bottle off the cooler and dropped it on the floor in her haste to stop the leak.

The case turned in part on the state of the water bottle before it was installed on the cooler — and the evidence was inconclusive.

In an October 2019 email message, GF described how the Columbia Ice employee installed the water bottle “with the neck of the bottle inserted into the top of the cooler.” Later, when she noticed the problem, GF said she saw “water overflowing from the top opening of the cooler where the neck of the bottle sits.” GF reported that, after she removed the bottle and set it on the floor, water continued to leak from the bottom.

Essentially, Intact argued that when there are cracks in the bottle, air enters the bottle and causes positive air pressure which forces the water down though the neck, causing water release.

Columbia Ice disagreed, saying that even if the bottle was cracked or had a hole in it, the water would not come from “where the neck of the bottle sits into,” as described by GF, but instead would leak from the back of the cooler, where the reservoir is located.

Columbia Ice made the further point that the leak may not even have been the fault of the water bottle: Multiple components of a water cooler may fail, the company told the court, including vents that may fail or clog, causing the cooler to leak out of the top of the cooler.

B.C.’s Civil Resolution Tribunal ultimately ruled against Intact and Peters. The court found that a key expert witness was required to give testimony on how water coolers work.

Even if Columbia Ice had been able to inspect the water bottle for damage after the water leak had occurred, the B.C. tribunal found, “this would not have shown the state of the bottle prior to its installation,” as Tribunal Member Lynn Scrivener noted in her decision. “I find that the images of the bottle do not, by themselves, establish the bottle’s condition when the [Columbia Ice] employee put it on GF’s cooler.

“It does not appear that there has been any inspection of the cooler owned by GF by [Columbia Ice] or anyone else. GF’s evidence does not address the age, function, or maintenance of the cooler prior to the leak incident. I find that the cooler’s condition is not established by the evidence.”