Sparks flew during a recent conference discussion about mortgage impairment and earthquake loss, when a senior reinsurance company executive drew a link between the practices of Quebec brokers and the low take-up rates of earthquake insurance in the province.

Philipp Wassenberg, president and CEO of Munich Reinsurance Company of Canada, was a panelist speaking at the CatIQ Connect conference in Toronto Wednesday. In his presentation during the panel discussion on Mortgage Impairment Due to Earthquake Loss, he noted the earthquake system is seriously flawed for a variety of reasons. Among them, the earthquake peril is not among the insurance coverages required in Quebec. Also, banks, he said, are not sufficiently taking into account the “contagious effects” of a very large earthquake when they model the peril. 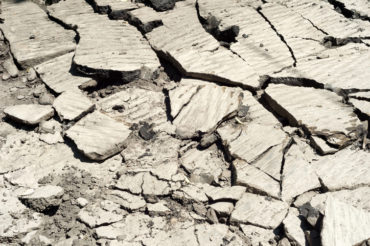 But he touched a nerve when he suggested that Quebec brokers are not doing enough to inform clients about their potential earthquake risk – and even actively discouraging homeowners from buying the coverage. “The broker will actually tell the homeowner nothing that there is a peril in Montreal,” Wassenberg said. “So, the average homeowner, even if he thinks or asks about earthquake coverage, the broker will say, ‘There’s not going to be an earthquake in Montreal and, by the way, it’ll cost you double. You don’t want that.’”

Industry estimates suggest that only 3% or 4% of homeowners in the province have earthquake insurance, and 80% of houses that have earthquake exposure are not insured against the peril. There is an estimated 5% to 15% likelihood of a Magnitude-7 earthquake in the province in the next 50 years. “If it’s in Montreal, [the earthquake] is probably going to cause an economic loss anywhere between Cdn$50 billion and $100 billion,” Wassenberg said Wednesday.

“I’ve talked to lots of insurance companies and lots of brokers,” Wassenberg said during his remarks. “No one in Quebec aggressively promotes earthquake coverage. No one, believe me.”

Wassenberg’s comments about brokers prompted a passionate response from the audience. One executive with a reinsurance brokerage spoke out in defence of brokers during the meeting.

“Ultimately, when questions are asked about earthquake coverage, they are trying to find solutions,” Paul Cutbush, senior vice president of catastrophe management at Aon Reinsurance Solutions, said of brokers in Quebec. “I know a lot of insurance companies are also trying to talk to Quebecers to try to sell them earthquake insurance. Philipp, I appreciate your passion, but I thought it was a bit demonizing of primary brokers.”

Contacted by Canadian Underwriter for comment, Quebec’s broker association, the Regroupement des cabinets de courtage d’assurance du Québec (RCCAQ), said it would not be able to respond before Monday, Feb. 11, after press deadline.

Brokers made up only a fraction of Wassenberg’s general argument that the “earthquake system in Canada is seriously flawed.”

In Quebec, for example, he pointed out that homeowners are legally bound to buy insurance coverage for several perils, but earthquake coverage is not among them. When an earthquake does occur, the coverage required for the economy to remain stable over time is a 50% insurance take-up rate, he said.

“This is what we know from many earthquakes around the world,” Wassenberg said. “Economies are hit neither negatively nor positively if you have the coverage. If it’s a 60% or 70% take-up rate, the economy after three years is actually stronger than it would have been, because the extra money that is pumped into the economy after an earthquake provides quite a stimulus.”

Wassenberg also criticized the banks for not taking into account the “contagious effects” of very large earthquakes when they model earthquake risk. Often businesses are affected, as well as things like public infrastructure, hospitals, train systems and bridges. “The economy pretty much crumbles, which will lead to a lot of people not earning their salaries anymore, and then they default on their houses. I seriously do not know how a serious earthquake in Montreal can be survived economically without horrific repercussions on the economy.”