Self-employed artists who work from their own apartments with large quantities of material should have sprinkler systems and firewalls, a Toronto fire inspector suggests.

In 2017, Toronto Fire Services ordered an apartment tenant – identified only as K.R. – to remove combustible material from his unit and to make sure there was at least a meter between his collection and kitchen appliances.

The resident challenged the order on the grounds that it did not take into account the fact that his apartment is a “live/work studio,” wrote Ontario Fire Safety Commission members Luisa Ritacca, Santina Moccio and Maureen Helt in K.R. v. Toronto Fire Services, an FSC ruling released Tuesday.

FSC is a quasi-judicial agency to which Ontarians can challenge orders made by fire marshals. In the case of K.R., described both as an artist and a hoarder – the commission ruled in favour of Toronto Fire Services. 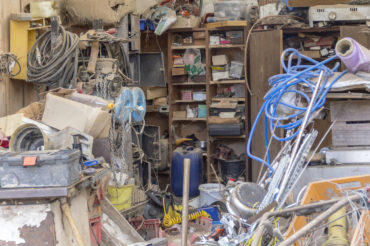 During the 2017 inspection, Toronto Fire observed a “high volume of materials stored in all visible areas of the unit, including clothing, children’s toys, books, paper boxes, plastic bins, furniture and textiles.” The inspector noted there “appears to be a hoarding concern” in K.R.’s apartment.

Tenants who hoard puts other residents at risk if fire breaks out, warns Aviva Canada, the nation’s second-large property and casualty insurance carrier. Aviva Canada advises building owners to inspect all units twice a year, check their condition and ensure maintenance staff report any excess clutter in a unit.

Toronto tenant K.R. told the fire commission he is an artist who uses children’s toys and post-consumer industrial packaging in his work and also collects vintage clothing, porcelain, ceramics, glass and textiles.

But that collection could potentially put firefighters and neighbours at risk, Toronto Fire Services noted, adding that in a “true live/work unit” there should be a sprinkler system as well as fire walls between each space.

Among other things, K.R. took issue with Toronto Fire’s contention that he should have one metre of clearance between his stuff and the ceiling, to ensure to the smoke detectors are not blocked. The fire commission disagreed, ruling that K.R.’s unit presents a fire risk.

Ontario law gives fire inspectors the ability to enter any premises “at any reasonable time” with no notice, FSC noted in its ruling.