A Victoria, B.C. auto accident victim who was awarded about a quarter of what she asked for in a lawsuit is hoping to appeal to the Supreme Court of Canada. A central issue in the case is the verification of “hundreds of thousands of dollars” she claimed as lost earnings in tip money.

Kimberly Isbister was seriously injured June 29, 2010 while riding an electric scooter in Victoria. She was struck by a vehicle driven by Paige Delong.

In Isbister v. Delong, released in 2014, Justice Gregory Bowden of the British Columbia Supreme Court awarded Isbister $835,000. Isbister had asked for an award of $3.8 million. The issues at trial dealt with the dollar value of the award rather than on whether or not the defendant was at fault. Among the issues were the amount Isbister earned in tips before the accident, which left her unable to continue working as a restaurant server. 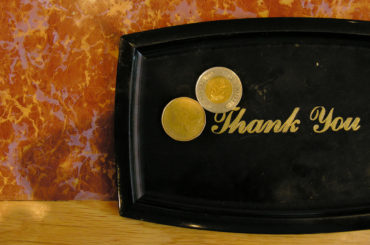 The $835,000 award was upheld in 2017 by the Court of Appeal for B.C., which rejected Ibister’s argument that she should have been awarded more. On June 15, 2018 the Supreme Court of Canada announced that Isbister is applying for leave to appeal.

Among the issues are Justice Bowden’s award for loss of income and his finding that Isbister “exaggerated” some of her evidence as to tip income. “Of the hundreds of thousands of dollars she says that she received in tips up to the time of the accident she only reported about $6,000 for tax purposes,” the judge noted.

Isbister reported having earned “about $52,000 in tips in 2007 but did not declare any tips in her income [reported to Canada Revenue Agency],” Justice Bowden added.

Medical evidence indicated that, eight months after the accident, Isbister still could not bear weight on her left leg and she was heavily dependent on others for help in daily living activities.

Justice Bowden “assigned weight to facts arising from records that may not have been completely accurate and to testimony given by Ms. Isbister and others that was not always consistent with those records,” Justice Smith wrote of the trial judge’s ruling.

“In the end, the judge was satisfied Ms. Isbister had met the burden of proof with respect to only a portion of the loss she claimed,” Justice Smith added. “She has failed to demonstrate any palpable and overriding error in that finding.” Concurring were Justices David Frankel and Franklin Tysoe.

Although each province has its own auto insurance system, the Supreme Court of Canada frequently hears appeals involving auto injury claims because many issues affect more than once province. Normally when a person applies to leave to appeal to the Supreme Court of Canada, a three-judge panel will decide whether that application is granted or dismissed. If leave to appeal is dismissed, the court normally does not provide reasons.