A Quebec claims adjuster has been fined $4,000 for failing to inform an insured about an insurance carrier’s rights under the insurance policy, and for not promptly responding to emails from the insurer.

Philippe Morin was charged with two counts of negligence, first for failing to promptly report and respond to emails from insurer Wawanesa Mutual Insurance Company regarding the theft on Sept. 18, 2016 of a 2001 Wilderness trailer. He faced a second count of failing to ask the insured at the outset about whether the contents were stored in the trailer “permanently or temporarily,” and for not having the insured sign a “reservation of rights” agreement. 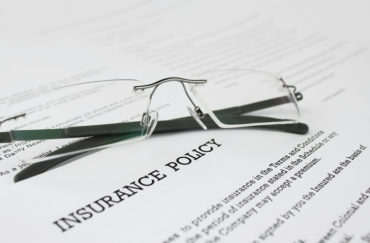 Whether the contents of the trailer were stored there “permanently or temporarily” is important because coverage may sometimes be covered under trailer insurance or under a home insurance policy, for example.

A reservation of rights agreement – also known as a non-waiver agreement – informs the insured that the carrier is investigating a claim, but reserves the right to deny the claim. It could also indicate that the investigation may take longer or there may be coverage exclusions, for example. It is intended to protect the insurer in a situation where the admissibility of the claim has not yet been confirmed.

In the absence of a reservation of rights document, the insurer could, by its conduct or even silence, be presumed to have waived an exclusion clause and be required to indemnify the insured or a third party.

Ultimately, the insurer applied an exclusion clause to deny coverage, although it is unclear if that was the ultimate outcome.

The adjuster pleaded guilty to the two counts and was fined $2,000 on each count.

In accepting the joint recommendation of $4,000 in penalties after the adjuster’s guilty plea, the disciplinary committee of the Chambre de l’assurance de dommages (ChAD), the regulatory body in Quebec for insurance adjusters, found that the fine falls “well within the range of penalties usually imposed for this type of offence.” The committee also took into consideration the respondent’s lack of disciplinary history, the absence of bad faith on this part, his guilty plea and the absence of prejudice to the adjuster.

It was also noted that the adjuster “learned a lesson” from the disciplinary process and “the risk of re-offending is nil.”

More News
Related
Litigation privilege ‘can be asserted’ against administrative investigators, Supreme Court of Canada finds in ruling in favour of Aviva
Are cannabis edibles a “drug”? What adjusters should be asking
Does CGL’s duty to defend apply to the insurance policy as a whole?
When ‘residence employee’ is key in home insurance wording